“After talking to graduates already on the programme, I was impressed by how much the BMW Group believes in developing its graduates as the future of the company. I couldn’t see myself anywhere else.” 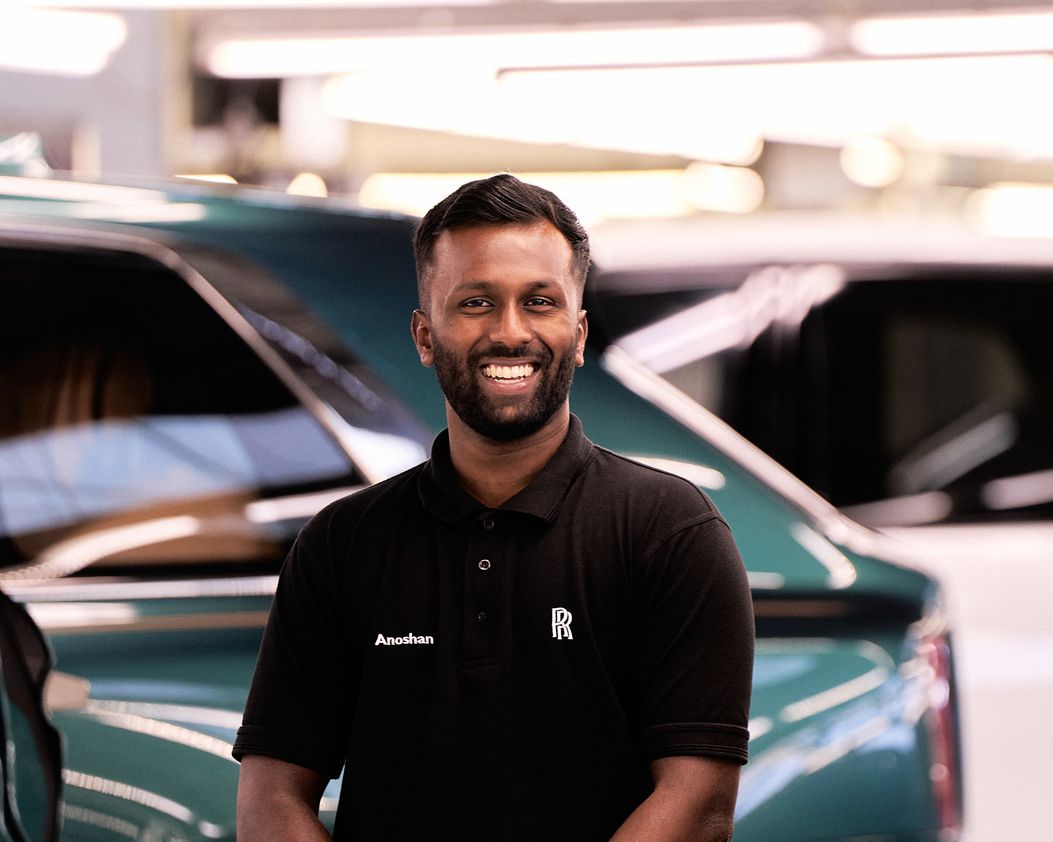 Anoshan first joined Rolls-Royce Motor Cars as a placement student while studying Mechanical Engineering. But after finishing his studies, he knew that joining the company’s graduate programme was what he wanted to do.

“After talking to graduates already on the programme, I was impressed by how much the BMW Group believes in developing its graduates as the future of the company. I couldn’t see myself anywhere else.”

Ten months after starting the programme, Anoshan could see how much his confidence had grown. By taking on a leading role in projects, he was able to gain responsibility early in his career, with the guidance and support to build his own path.

“Early on I was tasked with running the production managers’ meetings. I was the only graduate and everyone was more senior - it was intimidating and I had to ask for a lot of support at first, but the managers were really encouraging and supportive. Now, I’ve been given a leading role in a new project, which is incredible.”

With regular meetings with his managers, Anoshan has been guided through his progress on the graduate scheme and given advice on opportunities that might be of interest to him. Most recently, he has been provided access to German lessons to aid the next step of his journey.

“I recently spent time on the production line as I wanted to learn about the process and become more familiar with the product. Soon I’ll be going to Germany on a six-month placement, it’s my goal to get to a level where I can run a meeting in German, which is why I signed up to better my business German.”

Joining the Rolls-Royce Motor Cars graduate programme and being part of BMW Group has given Anoshan the means to thrive. He has been able to grow a network quickly and work on a variety of high-profile, exciting projects.

“Here, if you want to learn something, you can get involved. You definitely get out as much as you put in and working at the Goodwood site is extremely rewarding. I want to learn as much as possible so that throughout my progression I can build all the knowledge and experience to be a good manager.”

Anoshan was recently given the go ahead to create a pilot project based on an innovative idea he had discussed with his manager. Now, he’s building a team of interns to support his own project.

“What surprises me most is how future-focused the company is. I feel I have a platform to make a difference.”