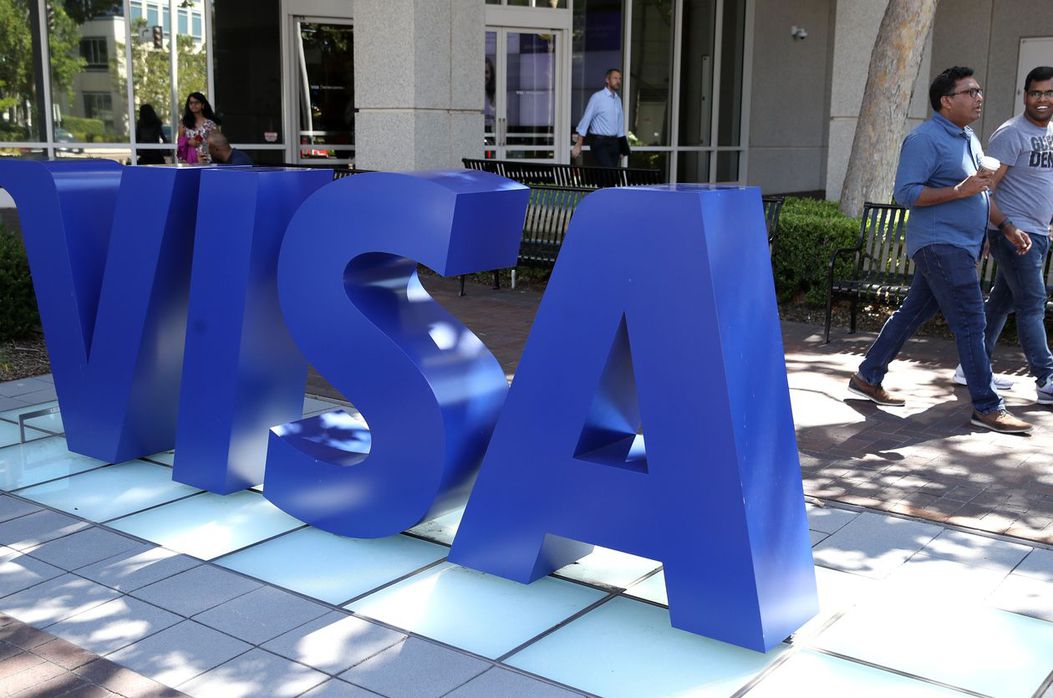 Visa Inc. has been described as a monopolist by the federal government because of its ambitions in next-generation financial technology, but the head of Visa’s fintech business believes that Visa is a help to fintechs and other startups.

The Department of Justice filed a lawsuit earlier this month seeking to block Visa’s V, -1.89% $5.3 billion acquisition of fintech startup Plaid, saying that the payments giant is looking to stave off Plaid’s “nascent competitive threat.” Plaid lets consumers link their bank accounts to popular platforms like investing platform Acorns and PayPal’s Venmo, and the DOJ charged that Visa V, -1.89% worried the company would come up with a way to let people pay for things directly from bank-account funds, without relying on debit-card credentials.

Visa’s global fintech head Terry Angelos declined to comment on the Plaid suit, but stressed that Visa offers fintech startups tools to work with Visa while building out their businesses. The payments giant sees benefits on both sides, as newer players can leverage Visa’s relationships across the financial-services ecosystem, while Visa can capitalize on new applications that have been dreamed up by these partners to make use of Visa’s card rails, or payments infrastructure.

While the credit-card giant is more than 60 years old, it has succeeded in making sure its technology plays a part in new types of payments by engaging in an expansive partnership strategy. Many transactions made through PayPal Holdings Inc. PYPL, +0.06% are funded with credit or debit cards, for example, and Rappi, a popular delivery platform in Latin America, launched a financial-services arm that lets customers obtain prepaid Visa cards linked to their app balances.

The idea is that companies new to the payments universe can piggyback on Visa’s established technology and connections when building out their own capabilities, giving the newcomers a head start on some of the more behind-the-scenes aspects of payments and giving Visa a role in emerging ways of paying.

“As a strategy, our goal has been to work with all these fintechs to use the rails in ways that maybe we didn’t anticipate years ago,” Angelos told MarketWatch.

Visa processes about $9 trillion in annual payment volume, half the amount of cash that’s circulating globally, Angelos said, pointing to a key opportunity for digitization. The company also sees room to tackle business-to-business (B2B) payments that typically take place with checks, wire transfers or automated clearing house (ACH) transactions. Visa estimates that $20 trillion of those payments are “very well suited to be on network rails,” or card rails, according to Angelos.

Companies like Airwallex, which offers “borderless” cards to businesses sending international payments, and Checkbook.io, which lets businesses send payment notifications via email so that recipients can choose their preferred method of obtaining the funds, are among those using Visa’s Fast Track program for B2B applications.

“We think we’re increasing the pie and growing into areas we previously didn’t serve,” Angelos said. Visa executives have increasingly been talking about a goal of being a “network of networks” that uses Visa credentials to facilitate money movement more broadly, even if those transactions “terminate” in a non-Visa credential, such as a bank account.

Visa’s tools also apply to more established companies that aren’t necessarily in the payments space but have the need to move money in a way unique to their businesses. Angelos gave the example of a “huge revolution happening in payroll,” led by gig-economy companies that are using the card rails to provide workers with quicker access to their earned wages. Traditionally, people use Visa credentials to pay for things, but many gig companies give workers the option to get paid through their card credentials.

The company announced Wednesday that over the past year, it’s seen a 360% bump in participation in its Fast Track program, which gives companies access to tools, commercial programs and partner relationships, and lets them apply online for commercial agreements with Visa. The company is adding new features to Fast Track, including a toolkit that gives companies analytics on the spending patterns of their customers as well as an ability to design Visa cards online.

Visa is also adding a new certification program for “fintech enablers” meant to make it easier for startups to connect with partners that have the right set of application programming interfaces (APIs) for their needs.

“The vision of the program is to lower the cost of entry for startups to deliver financial services,” Angelos said, by linking them with appropriate partners and helping them get set up in a way that’s secure and privacy compliant.

He referred to facilitating “the kind of unsexy work required to launch a card program,” but said that when Visa does so, it sees “more companies creating new payment flows” that often expand the use cases for Visa credentials, since some of these fintechs are digitizing payment flows that would otherwise happen through means like cash and checks.

Visa has maintained that the Plaid deal doesn’t pose competitive concerns. Plaid’s capabilities, rather, “complement Visa’s,” the company said in a statement after the DOJ announced its suit.

Visa shares have gained 12% so far this year, as the Dow Jones Industrial Average DJIA, +0.19%, of which Visa is a component, has risen about 4%.

→
Next:
New Daylight And Visa Partnership Fuses Tech And Inclusion For LGBT+ Banking