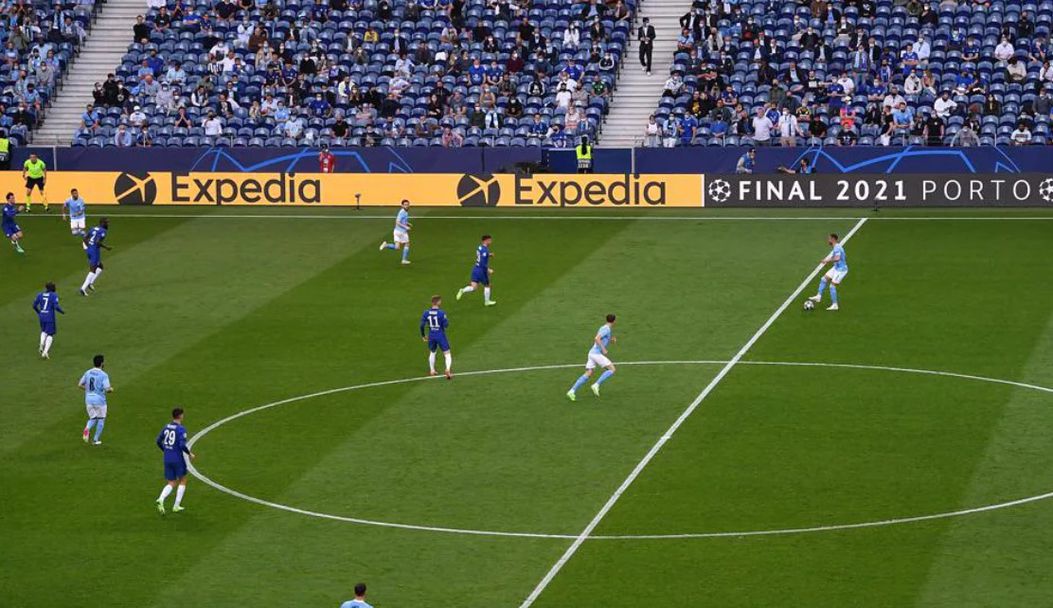 With travel playing an essential part of a successful UEFA Champions League competition, Expedia Group, a partner since 2018, is uniquely positioned to unlock the best options for each individual traveller and type of trip. Expedia is a full-service online travel brand offering travellers a wide selection of travel products including air, accommodation, car rental and attractions, and is available in over 30 countries. Hotels.com gives travellers one of the widest selections of accommodations available online via its 90 local websites in 41 different languages.

Expedia and Hotels.com will continue to be visible on sponsorship boards at UEFA Champions League matchesUEFA via Getty Images

Expedia Group will leverage its UEFA Champions League sponsorship as a key pillar of its marketing communications. Throughout the season, both Expedia and Hotels.com will be promoted with multi-market brand campaigns, highlighting the enormous power travel has to strengthen connections, unite football fans with their teams and get them back in stadiums at Europe’s most prestigious club football competition. Hotels.com will continue to celebrate the unique experience of the UEFA Champions League and travel by providing exclusive access to pitch-side experiences throughout the season. Expedia will showcase itself as the ultimate travel companion via content and campaigns combining football, travel and companionship.

We are very pleased that Expedia Group has chosen to extend its involvement with UEFA's flagship club competition for another year. Following some really entertaining campaigns such as Dream Island, Glory Hunters or Casa de Cantona over the past three years, we look forward to what activations Expedia and Hotels.com have in the pipeline for fans this season.

We’re delighted to extend our strong partnership with the UEFA Champions League. Fans love football, and those same fans love to travel - it’s as simple as that. Our premium brands offer the best way for fans to get behind their favourite football clubs and when possible, explore new destinations while they’re doing it.

Expedia Group is one of eight official sponsors to have concluded an agreement with UEFA for the 2021/22 Season of the UEFA Champions League.

The worldwide sales of all UEFA club competition sponsorship rights are being carried out by TEAM Marketing AG on UEFA’s behalf.

Looking to apply to Expedia's opportunities? Find them all here.

←
Prev:
Insight into Expedia Group | Student Testimonials
→
Next:
Give the World a Shot with Expedia and UNICEF