Getting girls into science - GSK

GSK Chemist, Jo Redmond, tells us about her passion for inspiring the next generation into STEM subjects and careers. 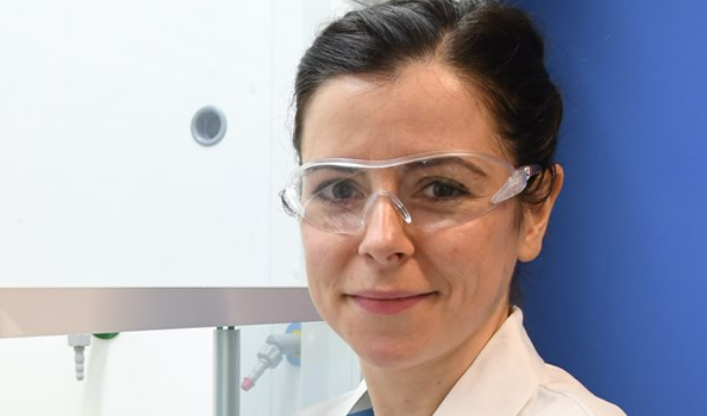 I’ve been a medicinal chemist working in drug discovery research for GSK for almost 10 years, working on medicines for different respiratory diseases. I love my job. I find it challenging and rewarding and am privileged to work alongside some truly talented people.

I am a strong believer that to achieve the best quality scientific research, you need diversity of people to bring diversity of thought. Limiting the people who are engaged in research limits the ideas and ultimately limits what is created at the end. So, helping young people understand more about STEM (science, technology, engineering and maths) subjects, and to get excited about careers in science at companies like GSK, is really important.

My own scientific journey

As a medicinal chemist, I design and then make molecules of very specific 3D shapes by a series of reactions in the lab – it’s a bit like making a sculpture. I’ve always found the process beautiful, fascinating and really satisfying. Then we put them in a biological system and see what they do.

I typically work in a team of scientists from different disciplines with a common goal of testing a hypothesis to treat a disease. Our aim is to develop a new medicine which can be industrialised by GSK and finally offered as a treatment to patients. It’s a great time in my career, especially as one of the drug molecules I contributed to the invention of is going into clinical trials this year. It will be the ultimate test of whether what we designed is good enough to treat patients and the first time something I’ve worked on has reached this hurdle. I’m really excited to see whether it’s as good as we hoped.

"Chemistry is a lot like cooking (but more dangerous!)... The relative quantities, the mixing, the temperature and the time you give the different chemical to combine, all affects what you finally make."

Recently, I started a 12-month secondment to the Crick/GSK Biomedical Linklab, based at the Francis Crick Institute in London. I am working on a project related to searching for new cancer treatments. It’s such an exciting opportunity for me to grow and development myself as a scientist. Before GSK, I did a PhD in Synthetic Chemistry at Imperial College London, and before that an MChem at the University of Oxford.

Inspiring the next generation

Prior to having my children, I volunteered as part of GSK’s STEM ambassador programme. I got the opportunity to visit several secondary schools and promote science as a career option for girls. I was taken aback by what I perceive to be the influence of gender stereotyping on the children. It’s seems often to be so subconsciously ingrained that I got the impression girls are afraid to try a field where they perceive females are less likely to excel.

"Personally, I feel very strongly that gender shouldn't influence the interests and challenges that children and young people embark upon. I would hope to see both my son and daughter make decisions based on what they are good at and on what they enjoy, rather than based upon expectations places on them by external influences."

But I have always had a stubbornness to persist at things where it has been implied by others that I won’t be able to do it; and I think it has always stood me in pretty good stead. So, I continued to accept invitations to speak at schools.

Now my daughter has started school I’ve decided to volunteer at every UK science week. My hope is that the presence of a positive role model, in the form of a mum in a lab coat doing some exciting experiments might counterbalance a few stereotypes. The science workshops I have run so far in our local primary school were a huge amount of fun. We talked about what a scientist does and what it means to do an 'experiment'. I described how it’s about asking a question about the world around you, then thinking about what you saw. Engaging the children in practical experiments using vinegar, baking soda and glitter and standing back to watch the sparkling fizz really sparked their curiosity.

The importance of role models

As a scientist, I don’t think you can underestimate the influence a female role model can have to the next generation of scientists. Providing access to inspirational female scientists, whether at a young age or through role models in the workplace is so important. At GSK, we have several excellent female role models at leadership level in scientific roles. These senior women, in my experience, have been very generous with their time and energy in mentoring and coaching woman less advanced in their career, like me. There is still a long way to go across the industry to achieving a more balanced demographic but I aspire to play a role in correcting it.

←
Prev:
Find out why your values matter at GSK