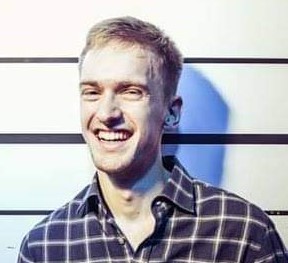 Jack is in his second year of the data science graduate scheme at the FCA.

I previously graduated with a degree in Maths from the University of York and have also undertaken training to be a meditation instructor. I’ve found that my experience of meditation has really helped me in the world of work as I’m able to be present and bring my whole self to work. I’ve also had the opportunity to run meditation sessions since starting at the FCA.

What drew you to pursuing a career in your field and what attracted you to the FCA specifically?

While I was studying, I knew I wanted to enter the corporate workforce and data science initially appealed to me because it’s an area of constant expansion and I enjoyed the idea of coding. At the time I didn’t have a lot of coding skills, but I enjoyed problem-solving and data science seemed like an interesting challenge. I had the chance to do some basic coding in R during my degree and so knew it was an area I would enjoy learning about in more depth.

I had previously completed an internship at the FCA and so I’ve known about them for a while. I was initially drawn to the organisation because I believed in their mission and liked the idea of being able to help consumers and businesses, both big and small. The FCA provided an opportunity to combine the areas that I had experience and interest in, alongside the opportunity to work for an organisation I could be proud of.

What does a typical day in your role look like?

My day to day involves a lot of coding, so be prepared for that. Generally, I’ll be provided with a set of data and be tasked with developing a model or machine learning algorithm to look through the data and extract information. Data isn’t just spreadsheets though, it can be videos, pictures, sound or textual data. Projects can vary from short two to four-week projects or longer-term projects of around six months. This varies from team to team, but my managers on different rotations have been great at working with me to understand what I want to get out of each role and what projects will help me develop.

Despite it being a really coding heavy role, I didn’t have a lot of coding experience, especially in Python which is what we use. There’s been a lot of on the job learning though and by using it everyday you pick things up without even realising it. The FCA also make loads of training available to you depending on what you want to do and what level you’re at. Most of the training is done during your working hours and there’s support from the organisation and colleagues. I would say it’s a great opportunity to learn and develop.

Any tips you'd pass on to Bright Network members who are thinking about applying?

My biggest piece of advice would be to familiarise yourself with the FCA’s missions and make sure that they align with your own values. The FCA missions are reflective of what the organisation is like, and they are part of everyday work. Make sure you know them, understand them and believe in them.

I would also say: