In this week’s Commercial Awareness update, we discuss the UK’s economic recovery, whether a Brexit trade deal with the EU is likely, IBM’s split into two, what the quarterly results of the big banks tell us and Ikea’s second hand furniture scheme. 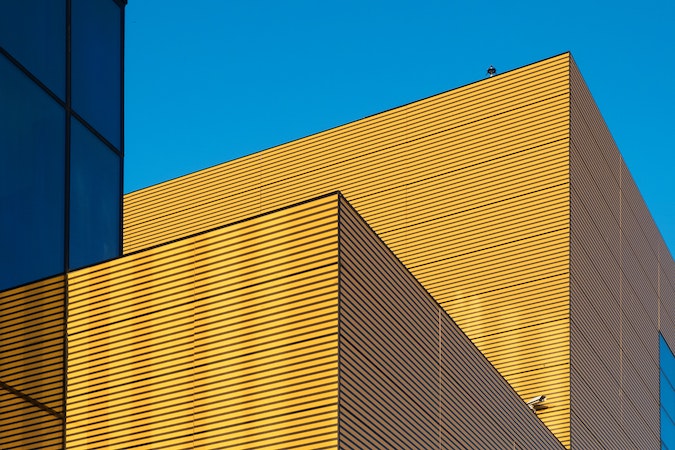 After the economy plummeted during the first lockdown, commentators are now looking at all the data possible to work out how quickly the UK will bounce back. You may have heard about the “V-shaped” recovery, in which the economy returns to normal quickly after lockdown, but this looks increasingly unlikely, especially now restrictions are once again being tightened. That being said, the data from the third quarter up to September shows a 17% increase in economic activity.

Over the coming months, it looks like we’ll be returning to greater restrictions and therefore businesses could have limited recovery, especially in sectors like hospitality. The government furlough scheme is also due to end on 31st October, which could lead to higher unemployment rates - some suggest it could be as high as 3 million by Christmas. Chancellor Rishi Sunak has announced a new Job Support Scheme, which provides those working for businesses which are forced to close a third of their wages to be paid by the government and a third by their employer. Some commentators have suggested this hasn’t gone far enough to support those in lower paid hospitality jobs.

As the UK and many other parts of Europe are trying to combat the rising number of virus cases whilst continuing the economic recovery, China’s “V-shape” economic recovery has gained momentum last quarter. They saw consumer spending rise and strong manufacturing figures, which contributed to a 4.9% growth in the economy compared to the same time last year. In China, their output decline in the January to March quarter was the worst since the 1960s but, now they are avoiding a second spike, the economy has been given the opportunity to flourish.

It’s not just the new COVID-19 restrictions that is causing economic worries in the UK - the current deadline for a trade deal with the EU before the transition period elapses is the end of this year and PM Boris Johnson has said that businesses should be getting ready for no trade deal with the EU. That being said, both sides have said in the last week that a deal could still be possible, but time is running out and there’s many moving parts. For example, France has taken a tough stance on fishing policy (wanting the EU to continue to have access to British waters) and doesn’t look to be budging. If this and other areas of contention can’t be solved, we could be heading into an uncertain time.

Questions to ask yourself... What else could the government be doing to boost the economy at this time? How can business flourish in this changing environment?

Technology consultants IBM has announced that it will split into two companies as they attempt to put a greater focus on their cloud computing and artificial intelligence rather than their traditional offerings. The firm recently bought cloud company, Red Hat for $34 billion, as part of their move to challenge Amazon Web Services and Microsoft in the space - this will be the core focus. The spin off business will focus on their legacy IT infrastructure products and will be a publicly listed company called “NewCo”. It will have a revenue of $19 billion and be servicing over 4,000 clients with IT products. They plan to have this complete by 2021 and expect it will cost $5 billion to separate.

The split is a strategic move to enable both companies to be hyper focused on their specialisms and the markets responded well. Shares in IBM were up 6% on the announcement.

Many of the big banks gave their quarterly results last week and, in many cases, they beat analysts expectations. Goldman Sachs saw a profit of $3.62 billion for the quarter, which was 50% up on last year and well ahead of where the markets thought they would be due to the pandemic. The real success stories are in the bank’s bond trading and asset management divisions, which benefitted from markets bouncing back in recent times and their customers increasing their activity. J.P Morgan and Morgan Stanley also released better than expected results, with the former also benefitting from needing less money (known as “provisions”) to cover losses it makes if customers can’t repay their loans.

It wasn’t all good news across the banking sector, as those larger banks with more reliance on consumer products (commercial banking) tended to fare badly last quarter. Wells Fargo and Bank of America both performed poorly, as they had to increase their provisions to cover the losses from unpaid loans and had their profits from lending cut due to low interest rates. Bank of America reported a 16% drop in profit during the third quarter, whilst Wells Fargo announced a 57% drop.

With the growing need for companies to be more environmentally aware and more sustainable, Ikea has launched a second-hand furniture part of their business. Under the new global scheme, customers will be given vouchers up to 50% of the original price if they bring back certain pieces of furniture instead of throwing them out. They plan to resell the items in designated areas of their stores and anything that goes unsold will be recycled. This is part of their plan to be a climate positive by 2030 but also provides customers with cheaper second hand furniture.

Some have questioned whether the amount they offer for customers to return their unwanted furniture could be a little more generous, but overall the initiative has been greeted with positivity and could lead to more companies looking into schemes like these.

Question to ask yourself... Why is it important for businesses to maintain focus on a smaller number of core offerings?