In this week’s Commercial Awareness update, we discuss the markets in a turbulent time, the furlough scheme, TikTok’s US ban, Xbox's new acquisition and local supermarkets. 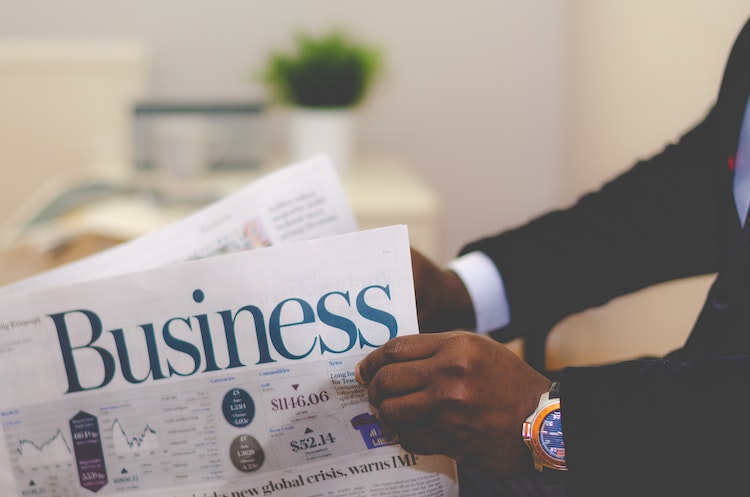 The last few weeks have continued to be a turbulent time for markets around the world, as COVID-19 continues to have a big impact on their performance. In mid to late August, US markets hit a record high, erasing the losses since the start of the pandemic. The tech heavy S&P 500 and The Nasdaq both reached their highest levels ever as investor confidence returned while the virus in Europe, America and Asia was posing less threat and lockdown measures were being lifted. In the UK, markets did rise too but didn’t reach the same heights as the US - questions over Brexit and the potential struggles for the UK and EU to do a trade deal by the end of the year weighed on investors minds.

Fast forward to this week and the markets in the US have now experienced three weeks of downturn in what many are calling a “great sell-off”. The worries about a second lockdown, especially in Europe, has shaken confidence across the world. There’s also a sense that the US markets are waiting for progress in talks about a further relief bill which will pump money into the recovery in the US. In May, there was a $3.5 trillion relief bill, which was welcomed by the markets and now there’s talk of a further bill worth $2.2 trillion.

In Europe, the markets took a major hit today as the increasing number of COVID-19 cases turned people’s attention to whether there will be a second lockdown period. The FTSE 100 fell over 3% today alone, with shares in the hospitality, retail and travel industries being particularly hard hit.

Questions to ask yourself... What will give investors confidence in the markets right now? Should governments be doing more to support underperforming sectors?

The government introduced the furlough scheme to protect jobs in late March during the worst of the COVID-19 pandemic and lockdown. Up until 16th August, it is estimated that close to 10 million people have benefitted from the scheme and it’s cost the government over £35 billion. However, the speedy roll out of the scheme has opened it up to fraud and mistake, with an estimated £3.5 billion given out to those trying to cheat the system or simply due to error. Firms have voluntarily returned more than £215 million of wrongly allocated funds to date, but this is a faction of the total.

Despite the insufficiencies of the scheme, it’s largely been considered effective and unemployment hasn’t risen at the rate of previous downturns so far. Even now that the employer pays a proportion of the wage (the government was covering everything up to 80% before for employees on furlough), there’s still a strong effort to keep as many staff in work as possible. However, the scheme ends on 31st October and, to date, the government has refused to extend it, suggesting there would be other measures instead to protect jobs. That being said, as restrictions tightened again across the UK, they may see little option but to extend the scheme and keep people employed.

To avoid TikTok being completely pulled in one of its most successful markets, the owner, Bytedance, is trying to do a deal which would see Oracle and Walmart take a stake in a new company majority owned by Bytedance and operate TikTok in the US - this way limited the risk of data sharing with the Chinese government. It’s a deal that President Trump would back if Bytedance gave up enough control of the operation.

With the messaging and payments app, WeChat, a judge has blocked the attempted ban after questions were raised related to the constitution’s first amendment protecting freedom of speech. Unlike TikTok, WeChat is used mainly by people from China and South East Asia living in America and is an all empassing app for a large proportion of the people using it. President Trump argues that the ban is in the national interest due to security threats.

Xbox’s owner Microsoft has announced it will acquire the company that publishes many popular games, including The Elder Scrolls, Fallout and Doom. It’s reported that ZeniMax Media Inc. (owner of Bethesda Softworks, the publisher) will cost Microsoft $7.5 billion. However, with the launch of their new console coming in November, it’s seen as a boost for Xbox against rivals Sony who will also launch their latest Playstation console around the same time. The latest Elder Scrolls was one of the top selling games of all time and with the acquisition by Microsoft, it will increase Xbox’s gaming content capacity on their game subscription service, Game Pass.

The deal is expected to be finalised early next year, so won’t be in time for the console release. Experts predict that the Playstation 5 will sell quicker due to a better lineup of games available with launch. However, it appears that their games will be more expensive, so time will tell on which console comes out on top this winter.

Finally, one trend that has come out of lockdown is people shopping locally, with grocery chain Co-op seeing their revenue from food jump 8.8% in the six months to 24th July compared to last year. It’s not surprising that during the height of the restrictions people were shopping closer to home, but local food stores continue to benefit from people eating out less.

Groceries have had costs associated with COVID-19 and more staff have been hired in each store to deal with increased demand and ensure lockdown restricts were in place and followed. Despite this, operating profits at the Co-op were up 35% compared to the previous year. As restrictions ease in the future, it will be interesting to see whether shopping locally will continue to be so popular.

Question to ask yourself... Which companies have adapted well to the current climate?