In this week’s commercial awareness update, we discuss an upturn in the markets, Bitcoin, Arcadia’s troubles, Black Friday and the British pub. 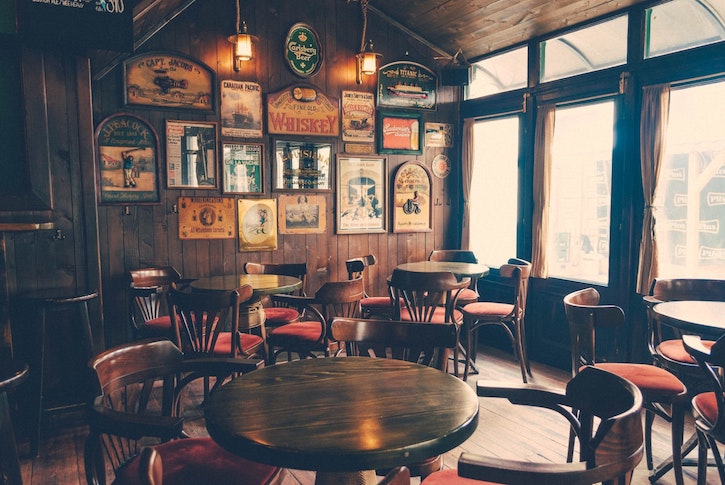 The markets and economic output

The last few weeks have seen markets across the world respond positively to the news of highly-effective vaccines potentially becoming available in the next few months. Investors like as much certainty as possible and this tends to drive the markets up. While news of a vaccine doesn’t exactly provide certainty, it’s offered more reassurance that the global economy will bounce back in 2021. Not all markets have responded at the same rate, however.

The FTSE 100, European markets and more generally the economies of countries in Europe haven’t bounced back quite as strong as many other developed countries. Focusing on the UK, three core contributing factors are likely to be leading to this. Firstly, the UK and Europe are still very much at the centre of fighting the pandemic, especially as winter sets in across the continent. Most countries still have tight restrictions in place which are limiting economic output. Secondly, the Brexit deadline looms and, even though the attitude towards trade talks between the UK and EU has definitely become more positive, a deal isn’t forthcoming as of yet. Finally, the UK has spent more to protect jobs and the economy, putting it in a worse position.

It looks increasingly likely that the UK and many other European countries will go into a double-dip recession over the coming months, with the UK set to have a drop in Gross Domestic Product (GDP) of over 10% across 2020.

Travelling further afield, the US economy is showing signs of a strong recovery. After weeks of political turmoil and increasing numbers of COVID-19 cases in some states, the US has started to look towards recovery in 2021 and some believe the economy could return to pre-pandemic levels by the end of next year. The US is expected to have a GDP drop of 4.4% in 2020, faring better than most European countries. This may not be due to the quality of their response to COVID-19, instead, they benefit from having a hugely diversified economy, a flexible workforce and they were able to deploy Congress support packages effectively.

Finally, we’re going to end the market update with Bitcoin. You might have seen that the price of cryptocurrency has been rising consistently since March and earlier in the month reached $18,000 for the first time since 2017. That’s a rise of 160% across 2020 to see it close in on its previous all-time peak. However, the price dropped by 10% in a matter of a day last week, wiping $3,000 off its price. It wasn’t just Bitcoin; the sell-off was across the board and it reduced the value of the world’s cryptocurrency by $50 billion. Many see Bitcoin as a safe-haven investment, so a good investment when the markets are turbulent. However, the last month has once again shown the potential volatility within cryptocurrency markets.

Questions to ask yourself... Is GDP the best indicator of economic performance? What are the key challenges facing the UK getting its economy back on track next year?

A key time for the retail sector

Fashion retail giant Arcadia made headlines in recent days as it faces a collapse into administration. The company, which owns high street brands including Topshop, Dorothy Perkins and Burton, failed to secure a £30m loan last week which would have enabled it to stay afloat. Arcadia is the latest, and perhaps most established high street fashion retailer to hit financial trouble this year, with Peacocks and Jaeger having recently fallen into administration. If the group does collapse, it would see 13,000 jobs put at risk and could leave a significant hole in Britain’s high streets.

Whilst lockdown measures caused by COVID-19 have certainly affected sales, it’s clear that many of these brands have been reluctant to expand digitally. Comparable online retailers such as Asos have seen profits quadruple this year as shoppers moved online in droves.

In a bid to help retail recoup some of the business they’ve lost in the run-up to Christmas, the Government is suspending traditional trading hours and allowing shops to stay open 24hrs a day if they wish. It’s hoped extended opening hours will make Christmas shopping safer for shoppers, as well as encouraging more people into stores. Primark and Tesco have already announced plans to open some of their stores 24 hours a day, and it’s expected thousands of other stores will follow suit by extending opening hours.

One of the biggest retail events in the calendar took place last Friday, however this year there were some notable changes. An increasing number of brands either didn’t take part or actively boycotted the Black Friday sales. Companies like M&S, Next and B&M all decided against discounting heavily this year, in favour of prioritising year-round value and low prices to consumers.

Firms including Patagonia and Allbird took the active step of encouraging shoppers to reject consumerism and think more sustainably about what they’re buying. With many brands starting to think more holistically about the environment and their footprint, there’s potential that many more brands will start to eschew Black Friday in favour of encouraging shoppers to spend money on what they need, rather than buying impulsively.

Questions to ask yourself… Is Black Friday on the decline, or do you see firms continuing to discount heavily in favour of boosting sales? Have the lockdowns caused the loss of many of these high street brands, or have they just sped up the inevitable decline of many of these businesses?

The pub trade as lockdown comes to an end

Hospitality continues to be hit hardest by COVID-19 with several pubs, bars, restaurants and venues having to reduce staff numbers in response to restrictions during lockdown. In the last week, 50 pub groups and brewers signed a letter to the government warning of the job losses and future closures that would result from what they deem unfair treatment during the pandemic. The industry has been further hit by the news that almost all pubs are likely to be in tiers two or three when the current lockdown ends, meaning that, if they can open, they will only be able to take bookings from members of the same household and then only be able to serve alcohol with a substantial meal.

Over the first lockdown during late spring and summer, pubs were able to serve takeaway drinks - this is still a possibility but much less appealing to customers in winter. For those that can’t open or those who face severe revenue restriction, there is hope that the government may provide support to keep the industry going. News of a potential vaccine and reducing COVID-19 infection rates is very positive for pubs but there are fears that these developments may come too late to save many across the country.

A question to ask yourself... are there any innovations pubs could look at to keep business strong this winter?