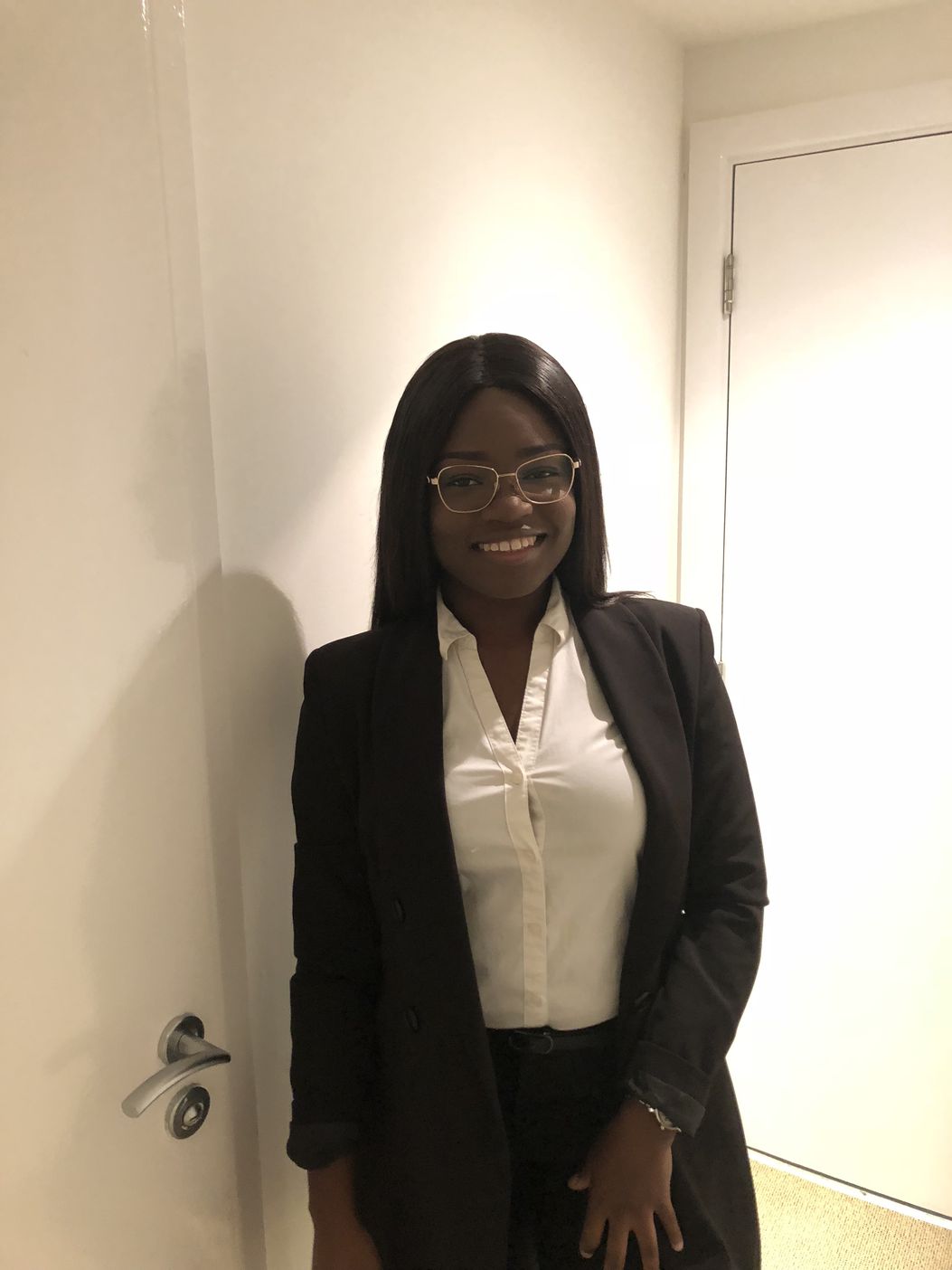 'In December I was surrounded by excitable children in HSBC’s Grosvenor House offices in Sheffield in the UK. As an HSBC Technology Graduate, I was part of the team piloting the ‘Anyone Can Code’ training programme for youngsters to introduce them into the world of coding and programming.

It’s now been launched in schools in Sheffield and London and the aim is to roll it out more widely across the UK in 2020. Later this year my fellow graduates working around the world are due to provide training where HSBC’s main global technology centres are located.

Anyone Can Code has been a wonderful thing to be part of and it reminds me of my own journey into IT. My love for problem-solving began when I was seven or eight years old after my Dad gave me my first Sudoku puzzle.

Since primary school, I’ve always loved Maths, however, for some odd reason, back then I wanted to become a lawyer, which is funny because I was always a numbers girl, didn’t like reading much and English was never a strong subject of mine.

In secondary school my love for Mathematics continued to grow; you are either right or wrong, with no ambiguity or arguments.

I started Further Maths during my final two years in school before university. The horrified reaction I got when I said I was going to study Further Maths almost led me not to take it. But I thought, yes, it will be a challenge, but why am I holding back from a subject I love?

I genuinely had a great time studying Maths at degree level. Don’t get me wrong, university as a whole most definitely had its ups and downs. However, it raised my love for Maths to another level. It took blood, sweat and tears, but I am proud to say I graduated with a First-Class Honours in Mathematics from the University of Nottingham!

At university I had NO CLUE what I wanted to do as a career. Everyone around me was applying for spring weeks, internships or graduate schemes. At times I felt pressured to know what I wanted to be, or I’d be pigeon-holed and advised to be a teacher or accountant purely because I was studying Maths, even though I wasn’t interested.

But I needed experience. Any experience is better than no experience, right? I forced myself to apply for certain roles before I told myself, “Girl, stay in your own lane!” And I did.

Six months before I graduated, I went to an event hosted by Bright Network called ‘Women in Tech.’ I had never considered a role in IT and didn’t have any idea what might be involved. All I remember thinking was “coding”; I didn’t really like coding which is comical now considering I love to code and learn new IT languages.

I naively thought – like a lot of people – that technology’s for boys, and that it’s boring.

But that’s what some people think about Maths and since I loved that, I decided to see what a career in technology could look like. I met some inspirational women and one in particular resonated with me; she’d studied Maths, didn’t like coding, and she was working as a software developer, and guess what that means - coding!

The event changed my career path and my mindset shifted as I realised what was available to me in technology. The more I learned about coding the more I knew I wanted to be in IT.

All of a sudden, applying for graduate schemes didn’t feel like a chore and I began attending tech events, networking and even taught myself Python! I also got onto the CodeFirstGirls HTML and CSS course, helping me to develop my front-end skills.

Now, when I remember the excitement in the room for Anyone Can Code, I wonder how many of the children who were there have already started their journey towards a career in IT.'

Interested in following Dionne's footsteps? Find out more about HSBC here. If you have any questions at all, please contact the HSBC team directly by emailing: host.graduateteam@hsbc.com.

→
Next:
Advice to my younger self