We caught up with Iyanu, Watson Farley & Williams trainee, about her experience of coming from a state school background into a career in law. 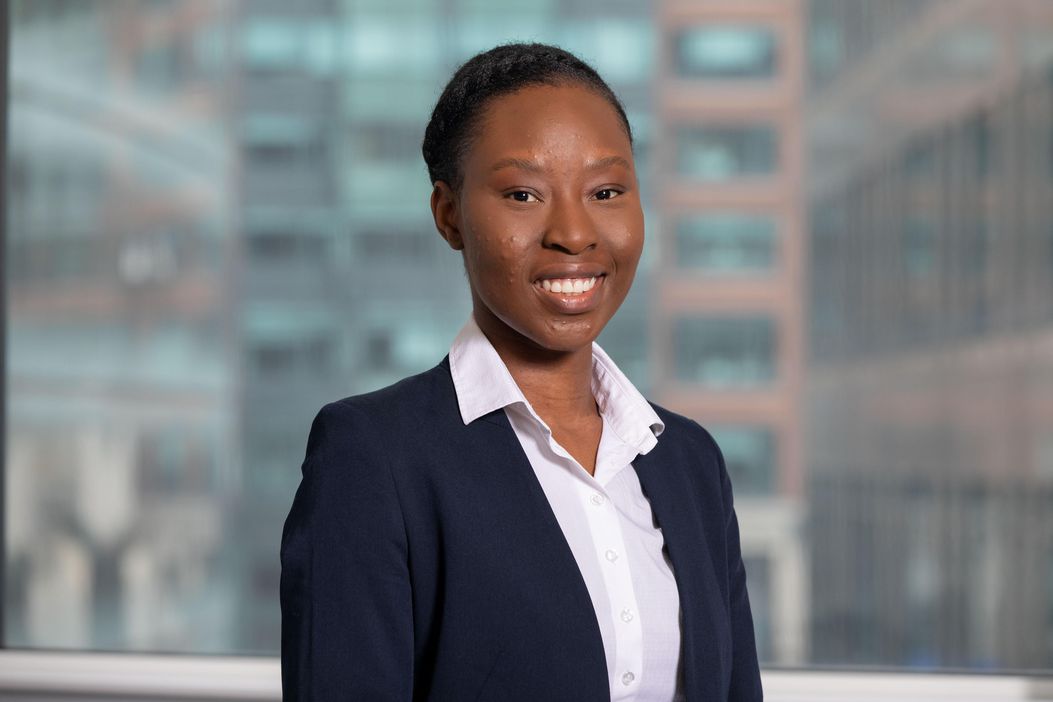 Tell me a little bit about your journey to becoming a trainee at WFW.

Although a good school, my high school was a state school which I suppose gave me a bog-standard level of education. I remember we once had the chance to take a week off school to gain work experience but we were not actually given a lot of guidance or support on how to obtain such placements. Overall there weren’t many careers initiatives in place so we weren’t necessarily aware of the practical elements involved in entering different industries – it was more the case that those who had family members in professional roles would be able to follow in the footsteps of those in their personal circles and gain experience that way. My sixth form was also a state school but it had a good track-record in terms of helping people get into Russell Group universities, but it was possibly less focused career-wise.

The most impactful experiences and insights gained which I believe helped me enter the professional world came from university, which is where I made a more concrete decision on my desired career path. I always knew I was interested in law, but I really came to understand what legal practice meant when I was at university by attending law fairs and utilising Bright Network, as well other careers platforms. In this sense, I’d say my career journey really began at university.

In terms of where I am at now, I am currently a third seat trainee and I will be entering the second year of my training contract in September. My first seat was in corporate, my second in dispute resolution and I am now sitting in asset finance. I’m not totally sure where I will be going for my international secondment but it could be Paris in January – we’ll see!

What stood out to you about WFW when applying for opportunities in law?

After graduating, I went back to Warwick for the annual law fair, and that’s where I met WFW. I was interested in the energy sphere and was therefore drawn to the firm as this is an area of focus for WFW. I particularly liked the firm's sector-focused approach, which means that it seeks to provide multiple service offerings whilst growing in a way that aligns with its sectors and best serves its clients (rather than growing as a jack of all trades if you like). I also personally found that WFW felt like more of a friendly firm Their intake wasn’t too big  to allow you to get lost in the crowd but also wasn't too small in my view so that you can stand out whilst still be able to have a substantial amount of responsibility. The guaranteed international secondment for me also meant that I would be able to experience different work cultures and office environments within the firm. Lastly, I would say having the chance to sit in six seats instead of four attracted me to the firm as this allow you to experience as much as possible within the firm before choosing where you would like to qualify.

What has been the highlight of your experience as a trainee so far?

I have to say that starting my Training Contract was definitely a huge achievement. It took a long time to get to that point and it was exciting to be able to meet more people from the firm and also to start working with people who I met during the vacation scheme (such as my current supervisor who also supervised me as a 'Vac Schemer').

How did you find the application process for the Training Contract?

At first, I wasn’t sure how to approach applications but I ended up using a few different resources. I signed up to the Bright Network's Commercial Awareness email updates which really helped me to keep on top of what was going on in the business world. Bright Network also helped me to understand how to approach interviews and what to include in applications. I also found that law fairs were a really helpful way to get direct insight into different firms. I was able to incorporate insights gained from law fairs and other in-person events into my applications and therefore highlight a different perspective to that gleaned from a law firm's website

Coming from a state school background, did you experience any barriers to your success and, if so, how did you overcome these?

I’d say there were some subtle barriers I encountered in my career journey. Having fewer resources at school meant I was less aware of what I actually needed to do beyond academic study to become a lawyer. This meant it took a bit more digging and searching to find what could help me, such as careers events where I could learn how to become a trainee and what that entailed.

What advice would you give to someone wanting to follow in your footsteps?

If you are interested in a particular career path, try to look for resources to support you as early as possible rather than waiting for your school to organise initiatives or events. I believe career days  for final year students are fairly common in many schools but to get the best out of these you do need to push yourself out there a little bit by following up with speakers who have followed career paths that you are interested in. LinkedIn is also a great resource to find people who have already achieved what you want to achieve, so getting in contact with people this way to find out how they got to where they are can also help. The world really is our oyster now, because we have the internet and a range of initiatives set up to help people find their foot in the professional world. This means that the first part of the battle really is about connecting with people to find the opportunities that you may not be aware of. Coming from a state school background, the chances are you may not have the opportunity to easily find and obtain internships in big companies whilst at school due to a lack of family  or personal connections, so instead you have to put yourself out there a little bit to find the resources designed to help you (and when you find a helpful resource, the great thing is that you can pass it on to help somebody else).