We caught up with Mark in a break from finishing his Physics degree at Oxford as he prepares to join J.P. Morgan’s electronic trading programme. What drew you to trading?

I attended a Bright Network Investment Banking event in 2013 where I met Credit Suisse, BNP Paribas and Morgan Stanley. I’d decided early on that I wanted to go into trading, as it’s more fast-paced and exciting and I had J.P Morgan in mind from school. I applied to all four and got furthest with J.P Morgan.

At the Bright Network event I was able to meet people who had already been through the Spring Week process. It was helpful to hear from someone who had a similar background to me explain what it’s really like to work in the industry.

I secured a Spring week in Sales, Trading and Research and at the end of it I was fast tracked to a Summer Internship interview. I actually didn’t succeed at my first interview but asked back to interview again in September.

It was a very different experience interviewing for the Summer Internship to how it was for a Spring Week. The Spring Week involved two 25-minute interviews whereas the internship was three two and a half hour interviews!

On the assessment day I had to take part in a case study, followed by four or five 20-minute quick-fire interviews on different desks. This was followed by three longer interviews on the desks that wanted to talk to me again, and I got a position on the electronic trading desk.

Be confident and network

Get experience of speaking to banks; especially the recruiters. You’ll find that you get better at asking the questions that matter rather than being boring and generic.

Be confident and speak to as many people as possible. Don’t underestimate who can make a difference. Anyone can put in a good word and have an effect. 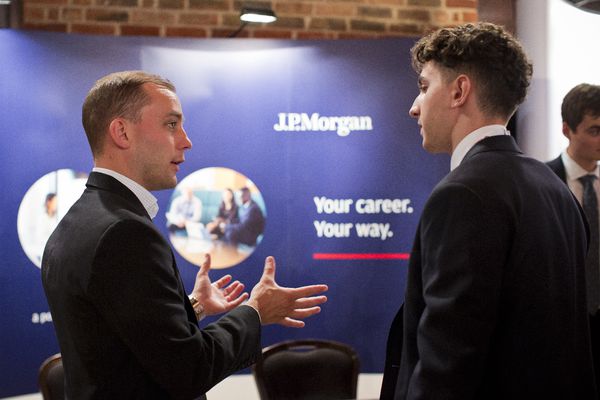