Securing a graduate role with KPMG - Top tips from Jessica, a Management Consultant

Bright Network member Jess recently secured a role as a graduate management consultant at KPMG. She’ll be starting the role in September 2018 following the completion of her Business and International Relations degree from Durham University. She shared some of her thoughts with us about the application process for KPMG and the role that she applied to. Why did you choose a management consultancy role at KPMG?

I did an internship in Audit and did enjoy it, but realised that I wanted to go into Consulting instead as it had a bit more diversity and variety in the work; it’s a little more forward-facing than Audit. I had also heard that the role was fulfilling from word of mouth. This was the first application that opened so the first one that I saw.

Could you talk us through the application process? What was your favourite part?

First stage was an aptitude test, situational judgement test, which I had to complete within 3 days, then next stage was on a 5 day feedback. It was a fast, smooth application process which completed quickly allowing me to focus on other things in the run-up to starting the job. Favourite: they were very clear in all emails letting me know exactly what to expect at each stage of the process.

It was a change to the application process from the year before; rather than a video interview, you had to do a recorded cover letter e.g. motivations for why you were interested in KMPG, why technology is important and how KPMG could keep on top of that. Everyone else I knew in the process was put on hold after the first video for 2-3 weeks, then the final stage was an Assessment Centre in London with 2 weeks’ notice to prepare for it. The Lauchpad Assessment Centre told us the result within two days.

1. Be patient - contrary to KPMG process, many other firms take a long time to respond. A company got back to me in late Oct from an application process in August (!)

2. Have good examples and do your research as to why you are going into or are interested in a particular division of the company. Be able to convey your passion for that side of the work

3. Practice tests - there is little worse than filling out a long-winded application form only to perform badly in the test at the end of it all. Treat it as an exam, don't be fitting it in between things, be relaxed and prepared. 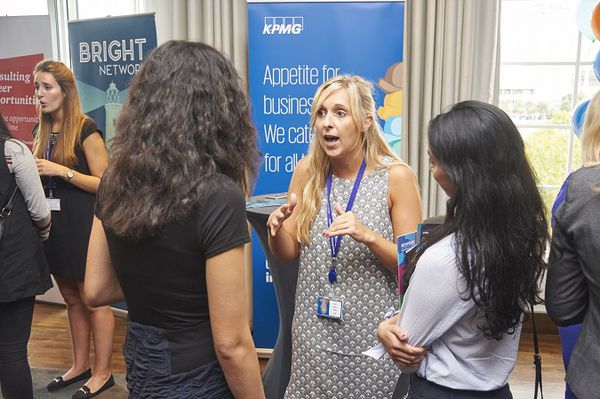