Securing a graduate role at Rothschild - Top tips from William

We had a chat with Will, who’s just finishing up his Finance degree at CASS Business School, about his graduate role with Rothschild. He took the time to share with us his experiences in the application process. Why did you choose Rothschild?

When I was younger, I attended a few insight programs with various banks, and applied to several different banks when looking for a graduate job. I had taster sessions in several other career paths as well, to get an insight into the type of work I might like to do in future. I have always been really impressed with the calibre of people at Rothschild – they seem really thoughtful, caring and genuine, and are much more compassionate than I was expecting. It seems to me that Rothschild are recruiting with an emphasis on retaining people for a long career, rather than just taking people on for short term roles. I’ve read that they have high retention rates in their employees, which strengthened my belief that Rothschild were the sort of company I wanted to work for.

Whereas in other banks you might work on only a few larger deals, Rothschild have a high volume of mid-market deals, meaning that there’s a faster pace to most deals. You won’t get bored or bogged down in deals, and it also means that younger or less experienced employees will be given a greater degree of responsibility for their deals – something I really value. Finally, I visited the headquarters, and the bank building itself is impressive, with lots of history in it and opportunities for research. They have archive sessions and other similar things so that you can feel involved, which make you feel a part of the bank rather than just another employee in a standard building.

What was the toughest part of the application process?

This, I would say, was in two parts. Firstly, the online tests give you a rough idea of what to expect when attending an interview, and I was told that part of the application process was to re-sit one of the online numerical tests. It seemed, however, a lot harder than the online numerical test, because of the pressure of being under "exam conditions" and being surrounded by other bright candidates, and I came out feeling a bit disheartened. Secondly, in the final interview you are given the opportunity to present to senior partners on a deal, with a three slide powerpoint, which means you need a really concise presentation and have got to know your subject. Again, not an easy task, but it seemed to go OK.

Did you have a favourite part of the application process?

Acceptance was good! I was also really impressed by the interview stage. I had been led to believe that the interview would consist of fairly standard questions, with a structure to stick to. However, it seemed like the interviewers were more interested to see whether they were going to be recruiting a well-rounded individual, and so let the direction of the interview continue to whatever I felt comfortable talking about. We ended up having a discussion about current affairs and even pizza chains! Whilst I found this a bit different at the time, they were clearly interested in what I was like as a person, which reinforced my belief that Rothschild care about their employees.

Have you any tips for your fellow Bright Network members?

Don’t be too robotic in the interviews – let them flow. Apart from anything else I think my interviewer wanted to see what I would be like in a client facing situation, where it’s invaluable to build a good relationship. Skills such as being able to hold an interesting conversation should not be overlooked. Also, as mentioned earlier, I was convinced that some parts of my interview had not gone at all well – but they seemed to work out fine in the end, so don’t be disheartened if you think you’ve struggled in any part of the process. 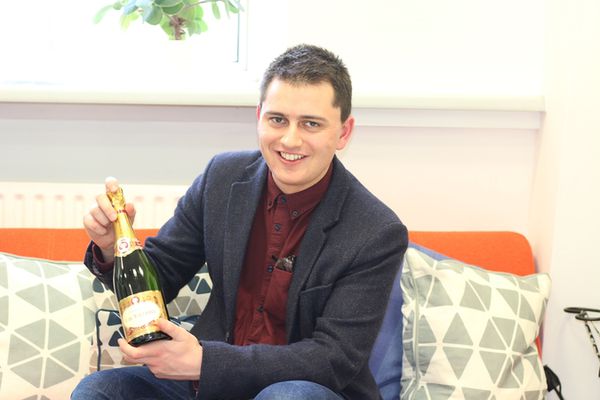