Lonpe’s drive and passion is immediately obvious to anyone who meets her. It’s no surprise that in her time at bp she’s already had a huge impact and gone above and beyond her role to effect change, particularly through her advocacy for racial equality, social mobility, and LGBTQ+ inclusion. 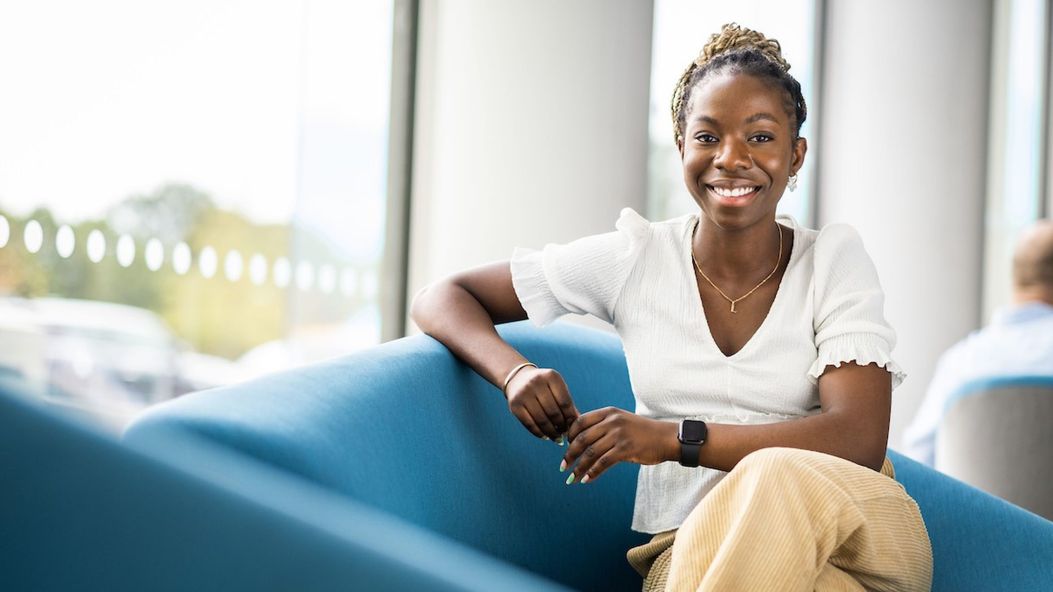 Speaking about the diversity journey bp is on, she’s appreciative that

bp is very honest about the amount of work there is to do - it’s taking active steps, it’s listening to various stakeholders, and our CEO has been very upfront about the issues related to inclusivity from the very start.

She adds that this is underpinned by a culture of openness and transparency, which has empowered her and others to speak up and be part of the progress.

The importance of culture

It was Lonpe’s early experiences of bp, first as a bp scholar and then through her time as a Procurement and Supply Chain Management intern, inspired her to join the Challenger programme in 2019. She says “everyone who worked here told me what a great place it was to work. I had reservations at first because it seemed too good to be true, but as soon as I joined I realised it was all true!”

She adds that she’s found

a real culture of advocacy at bp. I feel that I can speak up about anything without fear of repercussions.

Outside of her role, Lonpe has connected with bp’s Diversity, Equity and Inclusion function to organise many events. She is currently part of a group organising an event for ethnic minorities to understand why the uptake of vaccines has been lower in these communities, and previously led a Lunch & Learn session on Black History Month and she says,

one of the best things about bp is that you can make an impact, both inside and outside of your role.

As part of bp’s Ally to Advocate training, Lonpe spoke on a podcast with a couple of other graduates. She says, “it was a space where we could talk candidly about our experiences and help people learn how they could be better allies and advocates for marginalised people.”

Above all, Lonpe is excited by the idea of anything that involves working with people to drive change; “bp actively welcomes and encourages this mind-set!”

Developing professionally with a support network

The biggest challenges Lonpe faced when starting her career were feelings of self-doubt and a lack of self-confidence. Reflecting on how she overcame this challenge, she believes her colleagues at bp played a major role:

I’ve always been encouraged by my managers to be more assertive and to back myself more. While I received positive feedback on my work, it was my managers that pushed me to show my pride in it.

During her time at bp, Lonpe has also connected with several women in senior positions in the business, who aside from being a source of inspiration, have also shared their advice and thoughts on how to make a positive impact. She says, “I spoke with them about strategies to show confidence, styles of speaking and importantly, that being a leader is not always about being the smartest person in the room.” Ultimately, Lonpe feels that with the support of her peers and mentors, there is no limit on the level of impact she can have at bp.

There’s a great culture of mentorship at bp and the support that is available to you is such a great asset to have.

←
Prev:
A Legacy of Challenge and Change in the North Sea | Andy’s Story

→
Next:
Bringing Out the Best in People | Al’s Story