Where are they now? Graduate Economist to Data Scientist

We spoke to Nick about his progression to becoming a Senior Data Scientist with Ofcom, after joining them as an economics graduate in 2014. 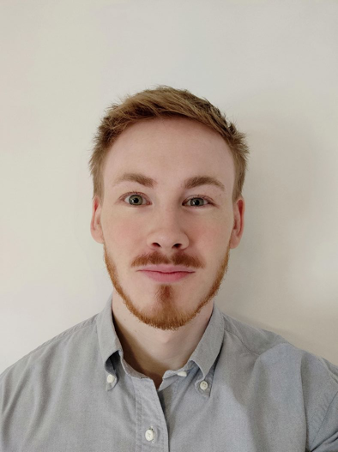 Tell us a bit about yourself

I grew up in Hertfordshire and studied Economics, Maths and Chemistry at A Level, before going on to study for an undergraduate degree in Economics at Cambridge. I graduated in 2014 and joined Ofcom's economist graduate scheme that summer.

What attracted you to Ofcom back in 2014?

I really enjoyed the microeconomics modules that I took at university. I liked thinking about the behaviours of individuals and firms and how these might be shaped by systems. I became interested in regulation after a module in my final year exposed me to examples where careful analysis of markets by regulators helped inform interventions with a real positive impact on social welfare (and a few instances where not-so-careful analysis had a negative impact!). Ofcom struck me as a particularly good option given the wide range of sectors within its remit, spanning telecoms, broadcasting, post and more.

How did the graduate scheme set you up for a successful career with Ofcom?

Ofcom's graduate scheme is split into four rotations of six months. Typically, these rotations are set up so that you are exposed to both a range of sectors and different types of work (although you can specialise early if you really want to). For instance, one dimension along which the work of an economist can vary is in whether it is more qualitative or quantitative. I found that the graduate scheme was a great opportunity to learn about the whole organisation and what types of work I was interested in doing.

Tell us about your career journey so far, and how you found moving from Economics to Data Science

After finishing the graduate scheme, I transitioned to an Associate Economist role with an emphasis on performing financial and data analysis as this was the type of work that I had most enjoyed. Over time I became increasingly interested in modern analytical tools and techniques for analysing big datasets, some of which sit outside the traditional economist toolkit (e.g. programming, machine learning, web scraping). Ofcom kindly agreed to partially fund me to pursue a part-time master’s in Data Science, which I finish up in December 2020.

In 2019 I joined Ofcom's newly created Data Innovation Hub as a Senior Data Scientist. This team was launched to help transform Ofcom's capability to use data. I am working on several pilot projects exploring the use of machine learning techniques to find useful patterns in data (e.g. detecting sales of non-compliant radio products online based on text and images, detecting spectrum interference based on sensor data). I am also involved in work to improve how we carry out data projects, as well as how we better support the careers of everyone who works with data at Ofcom.

What do you enjoy most about working at Ofcom?

I enjoy lots of things, but I'll try and keep it to three. First, the range of work you can do at Ofcom is exceptionally wide with lots of opportunity to try different things and specialise (or not!) as you see fit. Second, almost every colleague I have worked with has been very friendly and supportive. Third, on the whole I've been able to strike a great work-life balance.

What advice would you give to applicants looking to start their career at Ofcom?

Something I did not necessarily realise when starting out was the importance of building and maintaining relationships across the whole organisation and not just within your specialist area. It is really useful to be able to draw on insights from colleagues in other disciplines (policy, legal, technology, economics) when faced with a new problem.

What do Ofcom’s values mean to you?

Ofcom's values are excellence, agility, collaboration and empowerment. To me, the best thing about our values is that they explicitly emphasise the importance of not just what you do at work but how you do it. My experience of working at Ofcom is that people really do recognise and act on this emphasis.

←
Prev:
Busting common myths about a career in Actuarial Science

→
Next:
Rhian tells us why she joined the Statistician graduate scheme at Ofcom