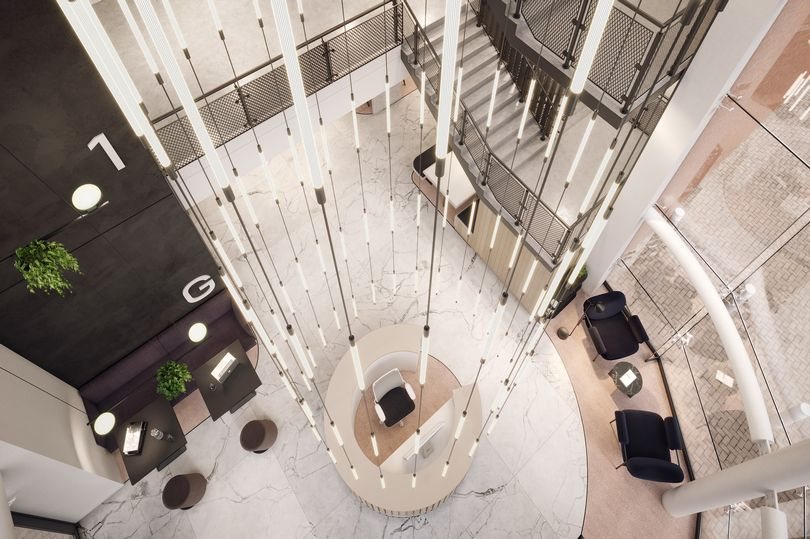 The Greensill technology hub underpins the company’s mission to make finance fairer because we could not offer any of our early payment products without the bespoke systems and software we have developed in-house.

Greensill does not simply buy off-the-shelf software packages, we build our own. We do that because the level of sophistication and flexibility we require in our IT architecture simply did not exist until we created it.

The technology centre near Warrington opened in November 2015 and is well positioned between all the main universities in the north of England.

The Daresbury site opened with around 15 people but has grown steadily. Since last December, the IT team alone has grown from 117 people to 188, as the pace has quickened with new product launches and entering new markets.

New products include the Earnd app that pays hard-pressed NHS heroes daily so they don’t have to wait until payday and working capital finance programmes in industries like construction and retail where small suppliers may otherwise have to wait months for payment.

All of this has required the building of completely new technology platforms. This has meant two technology revolutions in the space of a few years – first building unique systems, then migrating everything to the cloud for greater efficiency and flexibility.

The tech team is a diverse group of people in terms of skills and backgrounds. Here three team members of the team talk about why they love what they do:

The intern who became a key figure in our transformation

Christopher is a Senior DevOps Engineer who joined Greensill full time two years ago after completing an internship.

“When I started, the team was me and another engineer,” he recalls. “Now I have to liaise with five Dev Ops people here and another 15 across various sites in Europe, as well as consultants who help us on specific projects.”

His job is to work with development teams and operations to increase collaboration.

“Ultimately, we want to make it easier for engineers to deploy their software so all they have to worry about is the code they are developing.

“The building block of Greensill is supply chain finance and it would be very easy to buy tools off the shelf for the technology to support that. However, the majority of what we do is developed in-house and self-built because the products we create and the flexibility we build in to our systems are very different from typical supply chain finance companies.”

Christopher, a computer science graduate, was attracted by the fact Greensill is a fintech, rather than merely a finance company. “Our success in finance is driven by the technology underneath,” he says.

When he left university, Christopher had the chance to work for a major high street bank but opted for Greensill.

“I enjoy the atmosphere and the informality. Nobody is uptight or stressed and we all stay relaxed even when things are moving very fast on a project.”

Beth works in our PMO team but worked in traditional investment banking for 4.5 years before joining Greensill.

She was given the huge task of migrating all the IT workflow schedules to the cloud so anyone who needs to, can access all the information they need about the status of any project.

“It is a new function that I have set up and I like the fact I have time to focus on the things we should be working on,” says Beth. “As we grow and move into new jurisdictions, we need to make sure our governance procedures are appropriate for that market. Here in the tech team we also need to be able to communicate effectively with finance, with operations and with other countries.”

One of Beth’s key concerns was developing a repository of lessons learned as she believes it is important to understand why certain things did not work in order to develop a template for successful implementation of future projects.

“I was attracted to join Greensill because I saw an opportunity to be part of building something from scratch. People don’t mind if you are the person always asking questions and I like the way we can challenge each other in a positive way.”

“Before, I would never have thought I was the person who builds something, I was always the person facilitating. Here, it has taken a couple of months but I have learned the whole workflow system and now I can help other departments with their own blueprints.”

“The biggest lesson I have learned is to say ‘yes’ and see what happens – usually it is something positive.”

Beth is keen to visit university campuses and encourage women into technology careers. Her degree is in biology but she has enjoyed the switch to fintech. “There are huge opportunities just now for women and they can bring skills that are sometimes missing in a team.”

The industry veteran building for the future

Jaser is another recent arrival who joined in early 2020 as Head of Enterprise Architecture after a long career building robust IT systems for start-ups and established multinationals.

He sees Greensill as a company going through the transition from start-up to established corporate player in an unusually short timeframe.

“That means a lot of IT challenges” he says. “Whether it is developing new features or monitoring workflows, we need to adopt a more systematic approach.”

Jaser has managed this transition many times before and believes the key is to maintain the agility and enthusiasm of the start-up mindset while grafting on new skills to handle ever more complex tasks.

“We need to think about how we build things and how we prioritise projects,” he says. “We are constantly asking the leaders of the business where they want to be in a few years and that helps us identify areas where we need to evolve as a technology team.”

“We are investing in the best talent and are heavily committed to campus recruitment. We are starting to participate in open-source projects and we go out of our way to attract people to join us by showing them what we are doing – and what they could be involved in.”

Find out more about Greensill and the opportunities available to you right here.

←
Prev:
Why You Should Apply to a Technology Role at Greensill

→
Next:
Making Finance A Fairer Place For All