How I did it: Harry tells us about his Internship with Macquarie 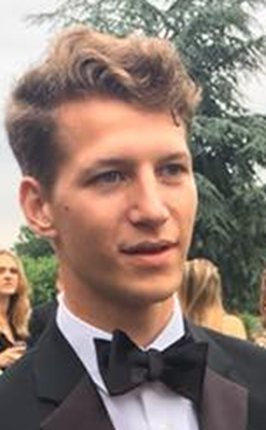 We caught up with Harry after he landed his internship with Macquaire. Sharing insight into what was the what the company’s culture is like, any surprises during the internship and his top tips for securing a similar role.

I applied broadly for Spring Internships however, as a Politics and Economics student, Infrastructure Investment Banking is uniquely appealing, given the public-private aspect. As the market-leader in the sector, working for Macquarie was a compelling prospect. That said, my decision to return for the Summer Internship was determined by my positive experience throughout the Spring Week. Although Spring Weeks are short, I feel they enable you to get a good measure of a company’s culture. I was impressed with the atmosphere and the attitude of the people I met. I left feeling like it would be a good fit for me and keen to learn more.

As a student, I found it can be hard to adjudicate between the cultures at different banks before you have stepped foot in them, as they often have overlapping claims to similar values and principles. Once inside, Macquarie stood out for having the people who seemed the most genuinely excited by their work. You could tell that even those who have been with the business for a long time still care a great deal about what they do, which for me was a positive sign.

I also left with the impression that Macquarie’s culture is meritocratic and entrepreneurial. It seems that when employees have ideas, provided they are good ones, they are supported and encouraged to pursue them, regardless of their seniority. I found that exciting, especially in an industry that has a reputation for traditionally being quite hierarchical.

How has Bright Network helped you in your career so far?

The Bright Network lists a huge amount of jobs and internships offered by a variety of top employers. I found it useful to see what is out there and who is recruiting all in one place, especially because you can tailor the results to your interests. They also have some helpful guides on applications, interviews, and career paths.

Was there anything that surprised you about the Spring Internship?

I was most surprised at how the people we met were so generous with their time. You appreciate how busy people are, so it was nice that people were so willing to take time out of their day and seemed genuinely interested in speaking with us.  The dinner on the final night was a real highlight in that regard as senior members of the business seemed to just enjoy being there and chatting with us, whether it was about finance or not.

Any tips for anyone who would like to apply for a similar role at Macquarie?

A good piece of advice someone gave me was ‘be interested and you will be interesting’. I think that holds especially true during the recruitment process. Take the time to find out what specifically excites you and then all the effort, research, and preparation for recruiting no longer feels like a chore. Being genuinely interested is probably a good signal to recruiters/interviewers that you are willing to learn and commit to the role. I would guess that recruiters see enough applicants to know when people are only feigning interest for the sake of it. Also, get your application in early.