Bright Network member, Rajan Shah has recently been offered the role of Analyst in the Investment Banking Division at Goldman Sachs, starting in June 2015. Here, we interviewed Rajan, who is currently studying Classics and Sanskrit at the University of Oxford. He shares his experiences and tips for those who want to follow in his footsteps. Why did you choose this company and role?

Goldman Sachs is widely recognised as one of the best investment banks. As someone interested in the industry in general, I naturally applied here for an internship. In the course of the internship I came to appreciate the unique culture and working environment, as well as the industry-leading deal flow and expertise, and thus chose Goldman Sachs as the place to start my career in the finance industry.

Please tell us about the application process - what did you have to do?

I submitted an application form which I found on the Goldman Sachs Careers website. I had to include a cover letter of 300 words. Next I had an interview at the Goldman Sachs offices in London. The final stage was a series of three interviews, again at the offices, a week after my first interview.

What did you find was the most difficult part of the application process?

The final round interview stage was particularly challenging. There are three interviews, each lasting between 30 and 45 minutes, in which you are asked a wide range of things ranging from the most basic motivation and competency questions to mental maths and technical questions relating to valuation techniques.

What was the most enjoyable part of the application process?*

Meeting the interviewers and talking to them, however briefly, about their careers to date was extremely interesting. If nothing else, it reassured me that Goldman Sachs employs people from a wide range of backgrounds.

How did you prepare for the application process?

I read through my application form to make sure I was comfortable talking about all the things I had mentioned. I then looked on the internet for some very basic explanations of the concepts behind the various valuation techniques so that I was comfortable talking about the rationale for using one or the other. Alongside this, I had been reading the Financial Times for several months, thus building up my commercial awareness.

What top three tips would you give to someone who wanted to follow in your footsteps?

Prepare thoroughly for the interview, and be on your toes for any left-field mental maths questions.

Be sure that you really want to work in this industry - speak to as many bankers as you can to learn as much as possible about the nature of the work.

Tip 3: Be confident, but not too much

Be confident in yourself and your abilities - you should expect challenges and difficult questions, and the people who do best in such situations tend to believe enough in themselves that they do not freeze and are able to tackle such obstacles with logic and reasoning. An important caveat is not to be too self-assured and arrogant - there are few things that irk as much as someone unwilling, and thus unable, to accept mistakes and learn. 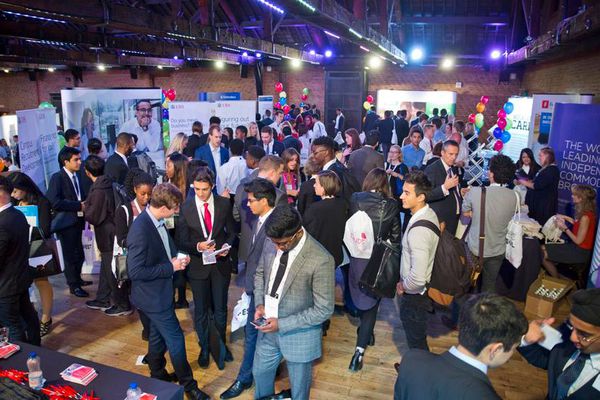