Graduate insight into securing a Spring week with UBS

Bright Network member Olamide successfully applied for a Spring Week at UBS after meeting the firm at our annual Bright Network Festival. We recently chatted with Olamide to discuss how he found the whole process. Why did you choose UBS?

I first came into contact with UBS through the Bright Network Festival in September 2017, where they were the premier sponsors. This appealed to me straight away, as it showed that they have a strong interest in students and graduates, which is encouraging. After speaking to a few employees in HR and some of the different divisions, it was clear that UBS was the investment bank for me. I know people always say that the people and the culture is what they like about where they work, but I felt a genuine and positive vibe from the people I spoke to on that day.

I was interested in the role because Spring Weeks are the foot in the door to a career in investment banking. I chose Risk as my divisional preference because I find it very interesting. After the 2007/2008 financial crisis, Risk has become an essential division in an investment bank to avoid a repeat of such a catastrophe, so I'm keen to learn about how the division operates.

What did the application process involve? Did you have a favourite and least favourite part?

The application process involved entering personal details online like any other application, but then instead of a CV and cover letter, I was asked to list my hobbies, activities and interests. I really liked this, because it showed me that UBS really wanted to learn about how their applicants are well-rounded - as opposed to students who just get good grades. Then came the dreaded numerical test. I had done a lot of practice and quite a few tests already by this stage, so I was used to the process.

Next came my least favourite thing about the application process - the video interview. I had failed every single video interview I had done up to that point in the recruitment period, but for UBS I made sure I did as much research as I could and was confident in what I was saying and, thankfully, by the grace, it became the first video interview I passed and led to the Spring Week offer!

What top three tips would you give to other students looking to follow in your footsteps?

Tip 1: Make sure you balance your time effectively between university work and applications! There’s no point spending all your time on applications and falling behind on your work (you might not even get a 2:1, which is usually the requirement). On the other hand, there’s no point being so nonchalant with applications that you miss deadlines and don’t submit strong applications.

Tip 2: Practice psychometric tests before you do them for real! The tests are trickier to navigate than you think they are and require speed to do well. Practice so you’re used to answering questions quickly. One thing I would recommend is finding out what provider whoever you’re applying to uses and practice on their website to make sure you are used to that company’s style.

Tip 3: Be genuine and honest about why you want to work for the organisation! It’s easy to say that they’re a big company and mention awards, but it's better when you actually find something that makes you want to work for them. Maybe they have a club that does one of the extra-curricular activities that you do, or you can volunteer for a charity that you are passionate about as part of one of their initiatives. Whatever it is, do your research, find it, and don’t be afraid to mention it!

Do you have a pre-interview ritual or lucky charm?

One thing I always do before interviews is to pray for the will of God to be done. It calms me and allows me to go into any interview stress and worry free. 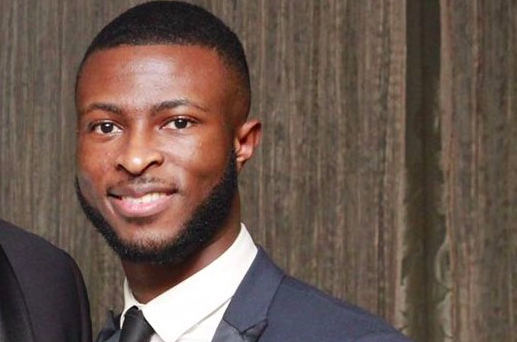