Interview with Jeremy from Atos

To find out more about the fantastic initiatives and graduate roles at Atos, we caught up with graduate of the year, Jeremy. Here he gives us an insight into how his graduate programme set him up for success, the role the Together Network plays at Atos and his advice for future applicants. 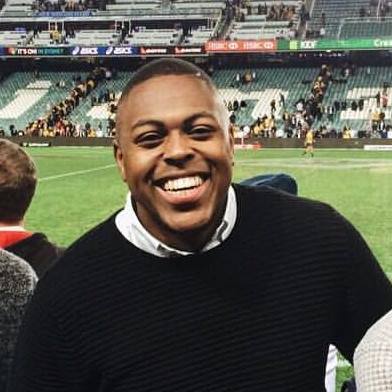 Tell us a little bit about yourself and your background

I’m Jeremy from London - my parents are both from Nigeria, but I was born and raised in London. I actually always wanted to be an actor so the fact I have ended up in IT is a strange thing! I went to Loughborough University and spent 4 years there doing an undergraduate degree in customer relations and a postgraduate in international crisis management. Then after that I ended up doing a law diploma (a GDL), which now that I think about it, are both so unrelated to what I do now!

When I was applying to Atos, I met a friend who at the time was working there. He told me about the company culture and the exciting things we can possibly get up to. In particular, he said my master’s in international crisis management might be quite relevant. After going through the application process, I was selected to be a part of global digital workplace which is the team I’m currently apart of. I spent 2 great years in this team where they’ve given me the space and support to develop and grow in the role.

The graduate scheme has also been fantastic. It’s an 18-month programme where you get to see different parts of the business and meet loads of people. You’re given the room to make mistakes and learn on the job – which is one of the things that attracted me to Atos compared to other organisations.

Fortunately, I was also awarded graduate of the year this year. It’s a strange one because I’m graduate of the year for the 2018 cohort - so I’m sort of graduate of 2 years ago! I was really award that because of the stuff I’ve been involved in like the Together Network, Atos X which I won, the Million Makers competition and doing the day job. I was only able to do all of this thanks to some of the brilliant people I worked alongside.

What would a ‘normal’ day look like for someone in your role?

It’s changed a little bit now. At the beginning of 2020 I was promoted to Workplace Evangelist. In this role I speak to our sales team a lot and coach them on the message of the digital workplaces that we want to give to our customers. I’m also part of our Microsoft centre of excellence, so I work really closely with our partners at Microsoft so we are aligned with the things we are selling and also so we can work together to create strong portfolios. I also manage two graduates myself at the moment who are fantastic.

Tell me a little bit about the Together Network at Atos

The together network is one of Atos’ diversity and inclusion networks. They’re all about bringing people together, which is actually the slogan of the Together network. It’s part of the We Are Atos groups, which are a group of networks which are there to ensure the company is there to support employees and to have a material effect on the outside world. Through our social enterprises and helping people we’re doing our best to make a difference.

The Together network is based around culture, diversity and race. We do a lot of work around religion as well to make sure people feel comfortable in the workplace and are able to be themselves and reach their full potential. Last year there were a load of schemes we ran, particularly in response to the black lives matter movement and the rallies come the end of the year. We gave comments on these and ran focus sessions, safe space sessions and listen and learn sessions to share our experiences with the wider team.

A big win for us was the epic diversity pledge, which was a pledge made by the company to have a certain level from BAME backgrounds in leadership positions. The Together network played a large role in consulting over this and deciding how we would deliver it.

What inspired you to get involved with the Together Network?

Being Black British, I wanted to make a difference and have an impact on the business. As soon as I arrived at Atos, I was told about the diversity networks and that they’re a great way to feel a part of the business and have a positive impact at the same time. I think at first it can be really daunting to join this big corporate IT company; you want to find a way to feel a little closer to it and the Together Network has allowed me to do just this.

How has Covid-19 affected your day-to-day responsibilities?

In my team, we’re based all over the world, for example we have some people in France and some in Birmingham, which feels like a different country at points! A lot of the time we do work from home anyway – I was already spending 3 out of the 5 days at home. This meant moving to a full digital working environment wasn’t too much of a shift compared to other companies who might have 80-100% of their staff working from the office on a normal day.

But in saying that, I still did spend time in the office and have great rapport with my colleagues. Missing that has been quite difficult but we’ve managed to make up for it through regular virtual coffee sessions in the diary which allow you to just have a relaxed chat. My team is also just really good at keeping social despite the circumstances and we had a great virtual Christmas social and regular team quizzes.

It’s a place where they put a lot of importance on the individual and allow you to be entrepreneurial in your role. They push you to be flexible and encourage multicultural and multidisciplined ways to approach things. It’s very aware of the environment as well. In terms of sustainability there’s a huge push around that. Elie Girard, our CEO, has made several statements around sustainability being the direction that the company is moving in. I think it really wants to be seen as a trusted partner to our customers in their IT journeys.

But in particular for employees, it’s a place that encourages learning and development of individuals. We have so many e-learning platforms – mylearning, all tools – which are made available for you to help reach your highest potential. On top of that, the management are always there to support you along the way. It’s just a really motivating place that really cares about your individual journey.

Any tips for anyone who’d like to apply for a similar role at Atos?

In terms of extra-curricular activities, Atos really gives you that freedom to get involved with things you’re interested in.

AtosX is a tedX style talks competition for the whole UK and Ireland, where you have the opportunity to pick a topic you’re passionate about and speak to the leaders in our company. You’re also assigned a mentor/buddy who are usually pretty senior people within the company. It’s just a fantastic experience and there’s a lovely prize at the end, should you win.

There’s also the whole range of networks that I’ve mentioned. Not only do we have the Together Network, we also have some for Gender, LGBTQ+, Age, Armed Forces, the Return to Work – there are just so many different networks that you can potentially be a part of and make a difference.

Million makers competition is also a brilliant thing for grads to get involved with. It’s essentially an entrepreneurial challenge where you have to raise as much you can for the Prince’s Trust through entrepreneurial endeavours. You’re given a £1000 loan from our seed funding so you can go out and create some fantastic stuff. Atos as a company has raised well over a million over the years, and last year we raised over £450,000.

To find out how you can join the team at Atos, check out the roles available on their Employer Profile.

→
Next:
Interview with Simran from Atos