The full title of Imogen’s summer placement is: ‘Summer Intern - Human Resources Consulting (Tax) - Global Mobility’. But her success story started a year earlier, with an application to a PwC programme aimed at women. Imogen took a few minutes out of her French degree at Durham to tell us more. “PwC offers a week-long 'Women in Business' programme,” explained Imogen. “It allows female students in any year at university to shadow women who are high up in the company.”

The paid placement is designed to teach students what it’s like being a woman at PwC, with first hand exposure to work at a senior level. While the application process isn’t as in depth as that for a summer internship, it’s lengthy and competitive.

Imogen was surprised how much she enjoyed her telephone interview for the programme. “The interviewer was very kind and easy to talk to,” she said. “I never felt under pressure and he never interrupted or hurried me.”

She admitted to some nerves about the assessment day, particularly the group exercise as she had never done one before. But again, she found that the atmosphere was positive.

“It was reassuring to know that we were not competing against one another. It made everyone much friendlier.”

Applying to PwC is anything but easy. “I wish that I had practised the psychometric tests more” said Imogen. “I found they were quite demanding and I only just passed.”

While the tests were stressful and she wishes she had spent more time on them, there was nothing holding her back from showing her potential. She felt challenged but not intimidated.

When we asked Imogen what tips she’d give to other applicants, she explained it was important to remember the interviewers just want to find the best people for the job. They’re not trying to trip anyone up.

“Be assertive, be prepared and be friendly” she said. “And try not to be nervous – I like to have a cup of tea, it puts my mind at ease.”

Imogen spent a week watching some of the top women at PwC. They were also watching her. She impressed them enough that at the end she was offered a summer internship place. 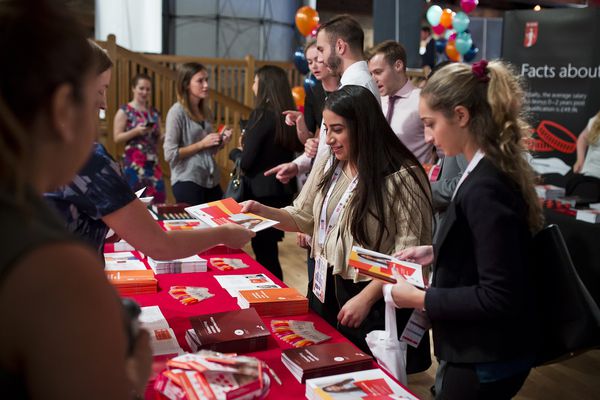