Graduate insight into securing an internship with Vodafone

Huge congratulations to Lara who secured an internship with Vodafone this summer. We caught up with her when she had three weeks left of the internship to go. She chatted to us about what she has done so far, is yet to do and her visit to our Women in TEC event. I actually first got to meet Vodafone at the Bright Network Women in TEC Event where I spoke to their representatives. These representatives convinced me that there was a place for me in the company. In addition to speaking to them at Women in TEC I also wanted to work for Vodafone because they’re one of the biggest telecom companies in the world was enough to make me want to work for them. As one of the biggest companies I knew I could learn a huge amount from them and their employees.

We had to do a quick online application then complete a situational judgement test. We then submitted an online video interview where we had to answer pre-recorded questions. The final stage was a simple Skype interview with my line manager. In this interview I was asked a bunch of questions about the role, what my strengths and weaknesses were and then we also went through my C.V. asking me a bunch of different questions about what I had previously done.

What did you get up to on the internship?

My role mostly focussed on carrying out market research for paid T.V. so that Vodafone could assess the market and determine what it needed to offer to outcompete the other paid T.V. providers. I got to discuss a lot of the TV content we would offer too which was really cool. I got to sit on meetings with TV producers where Vodafone representatives and these producers would discuss what TV content could be made exclusively for Vodafone.

Did you find the Bright Network Women in TEC event useful?

I found it extremely useful but also it was a very pleasant experience in general too. I would 100% recommend going to it! The speakers at the event engaged with us members after they had given their lectures and spent plenty of time having one on one conversations with us which was incredibly valuable. It was also really inspiring to hear powerful women talking about their career, it was not something you’d get at a university careers fair. A lot of them told us how important it is to be proactive and to go to events whether you know people going or not.

What three tips would you give to your fellow Bright Network members?

What will you bring to this role? 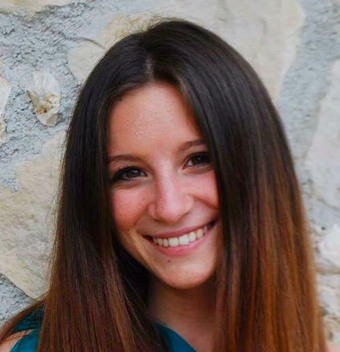