Huge congratulations to Muhammad for securing a role as a technology analyst for Morgan Stanley! We caught up with him in his lunch hour to discuss how he first met Morgan Stanley at the Bright Network Festival. He then offered us an insight into their application process. Why did you apply to Morgan Stanley?

Morgan Stanley is one of a small number of banks that provides an infrastructure role. When I then went on to investigate their role I found that the whole graduate programme was extremely well organised in a way that I felt was very comforting. The programme was set up to prepare me as an individual for their working life, it was not, like some other programmes I saw, going to drop me straight into a complex and difficult job without any training.

Why did you want to be a technology analyst?

I’ve actually always really wanted to work with technology. In sixth form I had a bit of a hobby of playing about with different operating systems. From there I went and did computer science at university. The next logical step for me seemed to be to move into infrastructure and become a technological analyst.

First off, we had to submit an online application. When we passed this, we got sent a coding test to complete and then a telephone interview. The interview focussed mostly on technical questions about computer systems and coding. I then had to go to an assessment centre which I found to be the most challenging aspect of the application process. It was really quite long as well lasting between 4 to 5 hours. There were 4 different stages, two of which were technical interviews, one of which was a value-oriented interview and the fourth stage was a group exercise. With the group exercise we were introduced to a certain scenario. In the scenario we were each part of a project and were given different roles within the project. As a team we then had to work together to solve the group objective.

Did you find the Bright Network FESTIVAL useful?

I found it really useful because that’s where I met Morgan Stanley. At the time I didn’t know much about any of the firms I wanted to apply to or the differences between any of their programmes. At the Festival I went to Morgan Stanley’s stall and got speaking to their representatives. They were all really friendly and sociable and all gave me loads of information about the programme itself. This actually went a long way to helping me make my mind up that Morgan Stanley were the firm for me.

What three tips would you give future Bright Network members?

What was the hardest part of the application process?

I think the hardest part of any application process is being able to keep motivated throughout. The assessment centres in particular can really take their toll but it’s so important that you don’t let your head drop. If you get down after one stage you could really mess up the next and your whole day could be ruined. You need a tough mentality and to stay positive throughout. 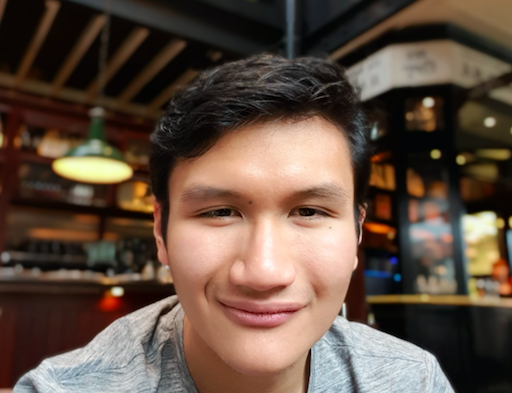