Securing a graduate role with Vodafone - Top tips from Annika

Huge congratulations to Annika on securing a graduate role with Vodafone to start in September! We caught up with her to discuss her experience at the Bright Network Wonder Women in Tech event, her role with Vodafone and what tips she has for other applicants. Bright Network invited me to their Wonder Women in Tech event and I got the job as a result of that. If I hadn’t gone to their event I highly doubt that I’d be working with Vodafone right now, I hadn’t even considered working for Vodafone until I got invited to the event by Bright Network. Now, however, I’m really excited to work for them, I mean they are one of the largest U.K. technology companies and are the largest telecommunications company internationally!

What was the Wonder Women in Tech event like?

Bright Network invited some of their members to a special day event at the Vodafone Paddington Offices. We were all STEM students and looking for jobs in technology. The day began with a breakfast networking session where we got to know the different Vodafone representatives who were present. We then had a panel session with some of the senior staff from Vodafone where we were able to ask them plenty of questions about what it’s like to work at Vodafone. After lunch we had interviews and a workshop session centred around personal branding which aimed to teach us how to stand out, hold ourselves in public and interact with others. At the end of the day we got the opportunity to speak to a group of graduates working for Vodafone who spent plenty of time answering our questions and telling us about their working lifestyles.

What is your graduate role?

My role is a very flexible one made up of several different 6-month placements and a year-long placement. I will be working as a data analyst for the first 6-month placement and after that I would like to go into a technology-focused role. I don’t know exactly what role I want it to be but I do know I want to be working with technology. Ideally I’d like to move into a role relating to the enhancing and implementing of new technologies such as integrating technology more effectively into sports stadiums. I’m hoping to be exposed to as many different teams and roles over the coming months in order to create a wider network of contacts and to get a better idea of the available roles which I can move into.

What tips would you give to your fellow Bright Network members?

I felt that my interview was quite rare in that it descended into much more of an informal conversation about myself and my application. I guess it helps massively if you can relax into the interview and go in prepared. 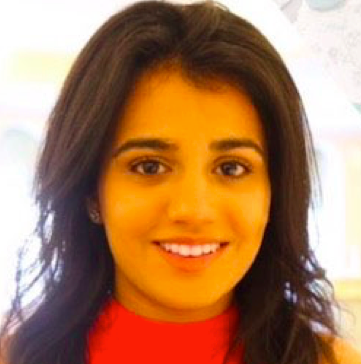