Securing a graduate role with Barclays - Top tips from Dhaval, a Graduate Trader

We caught up with Bright Network member Dhaval, who recently secured a trading graduate role at Barclays, to begin in July 2018. He was kind enough to tell us a bit about the application process.

Dhaval is now in his final year at the University of Warwick, but whilst in his first year of studying Economics he found and applied for an internship with Barclays to be held at the end of his first year. He followed this up with another one at the end of his second year, and this he managed to convert into a graduate job as a trader at Barclays. Dhaval’s example shows how useful it is to get a foot in the door early on in your time at University.

When we asked about the interview for the role, Dhaval said that one of the hardest parts was the video interview, in which candidates are shown questions and must record an answer to them. He specifically noted that there was “no bouncing off the other person” as you might get in a face-to-face interview or even a telephone interview. He also pointed out that “talking into a camera is more like an audition than an interview”. If you need some help with working out how to tackle a video interview there are some pointers here.

We then moved on to his favourite part of the application process, which Dhaval said was the assessment centre. He met with a VP in trading, who asked him statistical and mathematical questions, and Dhaval said he really liked those kind of questions, as it was similar to a real encounter where he might be problem solving with a team member.

Finally, we asked if he had any tips for Bright Network members looking too follow in his footsteps. He replied “When you go in, dress as if you are a million bucks - even if a telephone interview, dress in full suit, the shoes and everything – it will make you feel more powerful and confident, it makes you someone else. You can feel a massive difference compared to if you do a telephone interview in your pjyamas!”

Big thanks to Dhaval for sparing the time to answer some of our questions, and we wish him the best of luck for his final year at Warwick before he starts at Barclays. 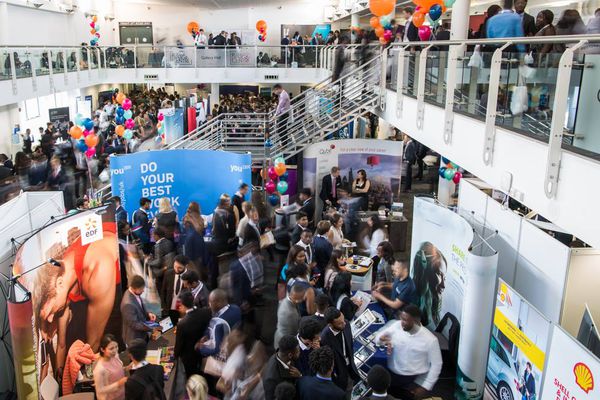