Bright Network member Ria Palmer will be spending part of her summer this year at Freshfields Bruckhaus Deringer after landing a vacation scheme with the Magic Circle firm. She found some time off from studying Law at SOAS to have chat with us and share her tips on how to maximise your chances when applying for commercial law. Why did you choose this firm?

I met Freshfields at the Bright Network: Commercial Law 2014 event during the speed networking. The main thing that stood was the variety of experiences on offer.  They offer an eight-seat training scheme, which was exciting, and more I looked into the firm the more I took to it.

When I spoke to a trainee on the open day we talked about her work on working in Disputes in the environment and energy sector. Since I had done politics and economics at A-level I was keen to not confine myself just to corporate law work; I wanted to experience other fields like international law or dispute law. The fact that they’re a Magic Circle firm did help too.

What can you tell us about the application process?

The main part of the application was an 850 word letter. That isn’t a lot of space to make your case, so you had to be quite succinct, which was a test in itself. You weren’t given much guidance for it, it was your chance to convince them that you wanted to do commercial law at that firm and talk about what else makes you a suitable candidate. I have spoken to other candidates who wrote a completely different kind of letter time, and got it. It was nice to be treated like an individual.

After the letter you had to sit a verbal reasoning test, which was quite hard. I liked that it was taken into account alongside your letter, so if you didn’t do as well in the test they would still consider your application if your letter was good. It wasn’t just a pass/fail.

On the assessment day, you started off with a written exercise. You were given a set of instructions from a partner and had to draft a reply to a client. There were other example of emails that you had to correct or redraft. You had to read the instructions carefully, but I didn’t find it too difficult. It was important here to pay attention to what you were being asked to do, otherwise the novelty of the task might throw you a bit. You were given plenty of time, I think they just wanted to see how you would perform in this environment.

There were two interviews, each conducted by a partner and an associate. The first one was focused on your competency, the second was based around a news article you were given and asked to talk about. You had to pick out the commercially important points, and they pushed you on your responses to see how your reasoning ran.

What was the hardest part of the application process?

The hardest part was probably the second interview. They tested you as if you were in a working environment and they really pushed you on the skills you would be using if you were at work. They picked up on a lot of things in your responses, so you had to be really careful with your answers and think everything through. It was a big test for my communication skills, also my mental maths, which got a workout as well.

Which part of the application did you enjoy the most?

Oddly, my favourite part was probably the second interview again, but I might not have said that at the time. They are hard on you, like I said. However, it was a really good test of my abilities and it was challenging in a good way. The fact that they are hard on you doesn’t mean your doing badly; it’s their way of trying to get the best out of you and bring the best answers from you.

How did you prepare for the application process?

I didn’t come from a financial background, so I did a lot of research to improve my commercial awareness. I started off learning basic financial concepts, looking up things I didn’t know like bonds and securitisations. I found it really useful to keep a notebook; I kept track of what I was learning and whenever I came across something new I would write it down and look it up later. I started reading the Economist, which was a great place to start and for keeping up with business matters. Once I was more confident I moved on to the Financial Times, which was harder but really useful. The firms don’t want you to know everything there is to know, but they do want you to be up to date and have an appreciation of how commercial matters would affect the firm.

What three tips would you give to someone hoping to follow in your footsteps?

Tip 1: Do your research, even if you don’t use the facts in the interview

If you walk in with the knowledge that you are prepared, you will be more confident and more comfortable. Interviews are scary enough without sitting wishing you’d learnt more beforehand.

Tip 2: Practice how you want to talk beforehand

This is especially important if you aren’t great at public speaking. If you practice talking about yourself with confidence and giving structured answers, you sound more informed too.

Tip 3: Take your time, and think things through

It’s likely that at some point in the interview they will ask you something you weren’t expecting or as prepared for. Don’t panic and just say what you think they want to hear; take your time and try and apply basic principles to this new problem, working through it systematically and you’ll be fine. 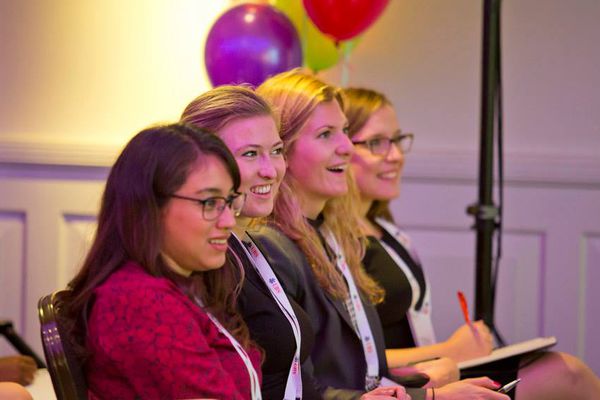