In this week’s Commercial Awareness update, we discuss the future of working from home, the problem for cinemas, Asda’s new owners and plant-based burgers. 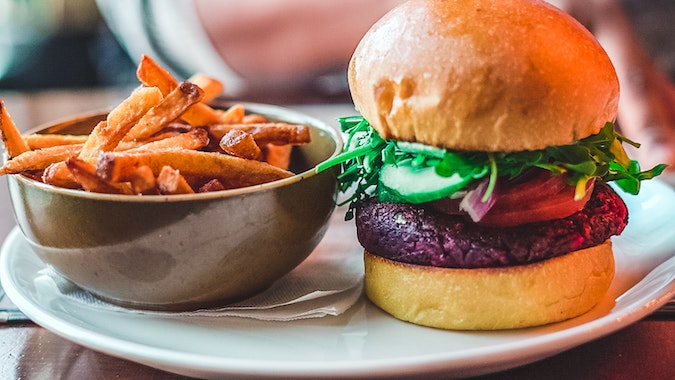 With the government’s recent announcement encouraging workers to start working from home again if they can, there’s been another rise in offices being left empty and workforces staying at home. Many expect this won’t change until at least the end of the year and therefore the technological advancements that have occurred in lockdown and beyond to facilitate the “new normal” will continue to be vital to ensure we can work productively. In lockdown, usage and functionality of platforms like Zoom and Microsoft Teams has expanded, as well as companies who offer services and products which support employees’ experience and wellbeing in their new work environment.

More broadly, companies who’ve been able to act fast to the changes brought about by lockdown and COVID-19, while staying customer-focused have done well - whether it’s big companies like Amazon, who have dealt well with increased demand on some products and their delivery service, or the local brewery who has been able to bottle up their beer to sell directly to customers rather than the kegs they would have normally sold to the pubs.

Now many are looking to the future of remote working and it’s something that could have major implications to the future environments we live and work in. Big areas of London and many other big cities in Britain are built with vast amounts of office space and local businesses that rely on those who physically go to their office. If companies decide to reduce the amount of time employees spend in the office, it has an impact on the need for dedicated space but also these businesses - we’ve already seen the popular lunchtime option, Pret make cuts due to loss of demand.

A new survey from the Institute of Directors has shown that this trend of working remotely is likely to become an increasing part of everyday life post-COVID, with 74% of companies saying they will increase home working in the future. Over 50% also said they had plans to reduce the amount of office space they had. If this becomes a reality, what does it mean for the future of our cities?

Questions to ask yourself... Would you prefer to start your career working fully remotely? When cases of COVID-19 start to fall, should the government encourage people back to work in the office?

Cineworld has announced it will close cinemas in the UK and US in response to a drop in demand and the prospects of few new releases in the coming months. The chain has reportedly written to PM Boris Johnson saying it is “unviable” to keep the 127 cinemas in the UK open after a number of blockbuster films have announced they will delay their release date. Last week, the new James Bond film was delayed to Spring 2021 from it’s scheduled release date in November this year.

The announcement has put 5,500 UK jobs at risk and is another blow for the leisure sector, which is one of the hardest hit as a result of COVID-19. It will raise further questions around whether the government should be doing more to support the leisure and arts sector. Shares in Cineworld were down 40% in afternoon trading today - the company has said it fully intends to reopen but is yet to put a timetable on it.

Two brothers from the UK have bought Asda from US giant Walmart in a deal worth £6.8 billion. The UK’s third largest supermarket was bought by the former in 1999, but now it’s being sold to Zuber and Mohsin Issa, who are being backed by private equity firm, TDR Capital. The brothers are reportedly worth over £3.5 billion and own EG Group, which runs 6,000 petrol station sites across the world and has a turnover of £20 billion a year.

The deal comes 18 months after Sainsbury’s failed to complete a merger with Asda as it was blocked by the competition watchdog. Many commentators suggest this deal is another example of a private equity firm buying a british firm whose value has decreased due to current market conditions (Brexit and the impact of COVID-19). Asda’s market share has also been failing in recent times, especially as discounters Aldi and Lidl have gained popularity in the UK. With the vast experience the brothers have in retail, they hope their ownership can turn things around with their entrepreneurial outlook. They bought one petrol station in Bury in 2001 and built their business from there.

The US vegan burger company got a significant boost last week as big retailers and restaurants look to expand their plant-based options. Beyond Meat has announced deals with Sainsbury’s and Gourmet Burger Kitchen to expand their presence in both, plus there’s reports that they could be supplying MacDonald’s in the near future. The company recently expanded their supply to more Walmart stores in the US and these further pieces of positive news have excited investors. Shares went up 22% in September alone, a sign that their huge expansion targets could become a reality.

The plant-based food market is becoming highly competitive, so without rapid expansion competitors could easily catch up and even surpass Beyond Meat. It’s essential for the company to get these supply deals with large chains and supermarkets right, so they continue to build brand recognition with customers and become the go to place for meat-substitute burgers.