Key insights from a Finance Intern at Thomson Reuters

Samuel has just finished an internship with Thomson Reuters and will be going back to the University of Exeter to continue his final year of studying Maths. He kindly took a few minutes to answer some questions we had about the internship. What attracted you initially to the internship with Thomson Reuters?

After looking through the BrightNetwork website at various internships, what attracted me to apply for the internship was the fact that I could gain exposure to the world of finance with a global company and be able to have the experience of working in a corporate environment. The fact that Thomson Reuters won a place in the Stonewall Top 100 employers and the charity work the Reuters Foundation do for the wider community impressed me to apply for Thomson Reuters.

Can you explain a bit more about exactly what your role entailed?

My role was to work on a treasury management system implementation, which involved identifying errors in the system and feeding back to the project team to explain my findings. I was working on testing the new treasury system as Thomson Reuters were moving their inter-company transactions from Excel to an online system. Outside of treasury I managed to get exposure to various areas of finance such as pensions, transfer pricing and analytics.

What did you learn from it?

The top things I learnt from my internship were how to network effectively (it really isn’t as daunting as I initially thought it was, and being in a large organisation with a friendly culture definitely helped), the importance of self-promotion/social selling (I managed to use my photography skills for professional projects after showcasing some of my photography work on the “Thomson Reuters Hub") and that soft skills are just as important as hard skills in the workplace.

Has it influenced your thinking on what career path you might want to pursue in the future?

Having conversations with senior level employees in the company gave me a different perspective on the career path I would like to pursue in the future. In particular I found that the motivations behind pursuing a career are more important than the topic/job title. Through a “job crafting” workshop I discovered that the top three things I would look for in a career are a challenge, being able to apply the mathematics I have learned during my studies and explaining technical concepts in simple terms.

Have you got some top tips for members looking to follow in your footsteps?

When applying for internships, make sure you research the companies thoroughly as company values are very important and are reflected by the people in the organisation. Also make sure you know why you want the role you applied for, it’s always good to show that you are motivated and passionate about the role and your chosen industry. My advice for anyone that is going into an internship would be to make the most of it! Connect with other interns and people around the organisation, try to take on projects outside of your usual work to get a wider perspective and ask questions, there is no such thing as a stupid question! 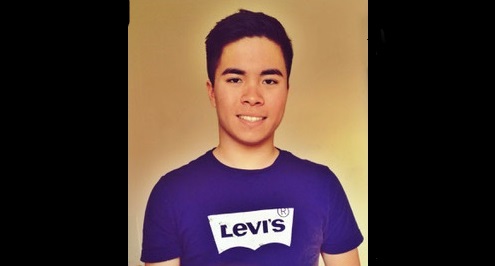