If your mind boggles at the thought of anyone mentioning a programming language, fear not. Bright Network is on hand to help. So whatever sector you're interested in... be it technology or consulting, marketing, media, consumer or retail or you're thinking about setting up your own business, here's our handy and non-techy guide to programming languages... Remember that you don't have to be going for an out-and-out programming role to need to know some basics about programming languages. If you're heading into consulting, and particularly into IT consulting then it pays to know the basics, and it's actually very useful once you've got the job. A bit of all-round knowledge will go a long way and will secure you some credibility if you ever need to take part in a technical conversation or interview. (And dare I say, you might even find it interesting!)

Almost all of the time you access a web page on the Internet you'll be making a call (also known as a request) to a server somewhere. On that server will be some code ('server-side') which generates the web page and sends it back to you. The languages which are used to serve those requests are C#/.NET (from Microsoft) and Java (originally from Sun Microsystems). Hopefully you can spot the link between the name Microsoft picked and the intended purpose of the language! These two options for website server-side languages are considered to be a little more old-fashioned and traditional, with Java being heavily used by the banks, and .NET still very popular with many larger organisations. Look at these useful sources to use to stay ahead in Technology.

Another language which is very popular for website server-side code is PHP. PHP websites come in huge variety of flavours like Cake, Symfony, Zend and CodeIgnitor - but as a non-techie you don't need to worry about these, just that PHP is a very easy-to-get-started language and so was very popular with people writing their first websites in the early 2000s. But that's not to say it isn't used by very large and serious websites, like for example, Facebook. Learn how to improve your technical skills. 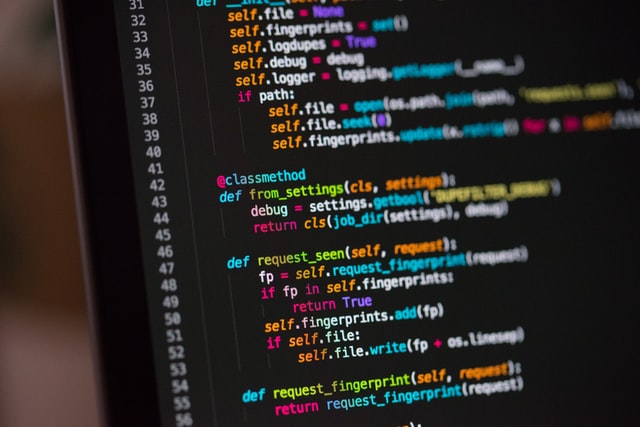 In the mid 2000s two new kids came on the block in the form of 'Ruby on Rails' and 'Django'. Both of these were specifically designed to make building website server-side code quick and easy with special tools and templates for all the jobs that you need to do when writing a website. 'Ruby on Rails' became incredibly popular and many websites developed by startups in the late 2000s used this and it is still going strong today. And 'Django' was developed in a newsroom to make publishing content really easy, and so it comes with an out of the box admin website that allows any employee to easily edit the website's content. Read these top tips for acing the Sky coding test.

All of these languages are 'server-side' and so send back a combination of HTML, CSS and javascript (not java) back to the browser on your desktop (also known as the client). The browser on your desktop then reads those three bits of code and renders a web page. The reason web pages look varied in different browsers is because there are no strict set rules on how to render HTML, CSS and javascript.

Now of those three bits of code, the CSS and the HTML are really just ways of formatting the text in the web page, so they aren't really considered to be code as they don't do anything dynamic. But the javascript is definitely code and runs inside the browser causing things to happen dynamically on the web page like animations or pop-ups. Learn how to stand out in your Technology application.

What if I want to develop software?

That’s where Python comes to play. Instead of just being used for web development, Python is an object-orientated coding language that can be used for other types of software development and programming. This includes data science, writing system scripts and back end development. Unlike other coding languages that can take months or years to master, Python is said to be one of the easiest with it’s understandable syntax and readable code. Python also allows you to write programmes in less lines of code than most other programming languages. Want to dive into Python? Bright Network’s ‘Starting to code with Python’ Technology Academy course is a perfect place to start.

So whether it's the slightly techie interview question or just the slightly awkward conversation at the Christmas party with the tech team, you're fully programming language prepped.

Now you know the lingo...

View the latest technology IT and software development graduate opportunities to get started on your journey into this exciting sector.

Browse graduate jobs
←
Prev:
Useful sources to use: To stay ahead in Technology
→
Next:
A glossary of Technology